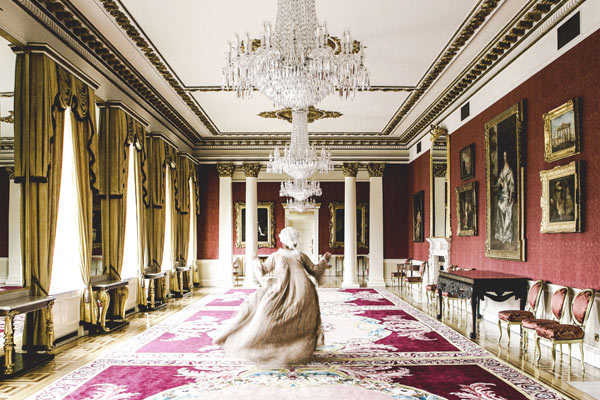 The seminar will look at the crossover between research into the performance of power in art and society.

We hope you can make it!

This exhibition of live performance presents the work of Carey Young, Kateřina Šedá, Sandra Johnston, Maurice O'Connell, Philip Napier, Pauline Cummins and Dominic Thorpe. The show focuses on the theme of power and its relationship to performance. Dublin Castle has been the seat of power in the city for much of its 800-year history. In partnering with Office of Public Works, this exhibition of newly commissioned performances will for the first time interrogate Dublin Castle as a public space. Engaging directly with the castle's current function as a heritage site, which houses government departments and its at times controversial history. This show will consider the aesthetics and architecture of power as well as notions of legitimacy, force, coercion and voicelessness.

Shirin M. Rai, Phd, AcSS, Professor, Department of Politics and International Studies at University of Warwick: Shirin M. Rai's research interests are in gendered performance and politics, gender and political institutions and gender and the political economy of development. She has directed a Leverhulme Trust funded programme on Gendered Ceremony and Ritual in Parliament (2007-2011). She has written widely on issues of gender inequality. Her latest books include The Gender Politics of Development (2008, Zed Books/Zubaan Publishers) and editor of Ceremony and Ritual in Parliament (2010). In 2010 she was elected as an Academician in the Academy of Social Sciences. She is also a Visiting Professorial Fellow at the Gender Institute, London School of Economics.

Maurice O'Connell works to provoke continuing questions around the nature of the Artist today. A series of projects in the 1990's involving residencies set up a long discourse around the institutional nature of art practice brought to the surface complex relationships with those his work tried to engage. He has made a series of projects over last ten years in which language has become key, in negotiating place and space for the artist. Maurice now collects and learns modes / habits of communication, then adopts the stance of the places in which he occupies. O'Connell has qualified in a variety of roles: positions of power, control, responsibility and trust. The work is very visible but barely noticeable with a continuous public presence in most aspects of structured community life inside and outside of cultural frameworks. This work has been allied to activism, social planning, structural development, architecture, theatre and more recently the emergency services.

Fiona Whelan's collaborative practice is motivated by relationships of difference across sector, culture and background. A committed practitioner in the field of socially engaged art, Fiona has positioned her practice over ten years in Rialto, Dublin. Later this year she will publish a major publication, which critically explores this decade of her work. In 2009 Fiona completed an MA Art in Public at Interface in the University of Ulster and she is currently joint Course Coordinator of the MA Socially Engaged Art at NCAD.

For more information go to

These Immovable Walls: Performing Power at Dublin Castle is produced with the support of The Arts Council of Ireland and The OPW.