El Hombre Ha Muerto / an exhibition of drawings by Dutch and Mexican artists / with Carlijn Mens (DAI,2009), Julio Pastor (DAI,2010) and others 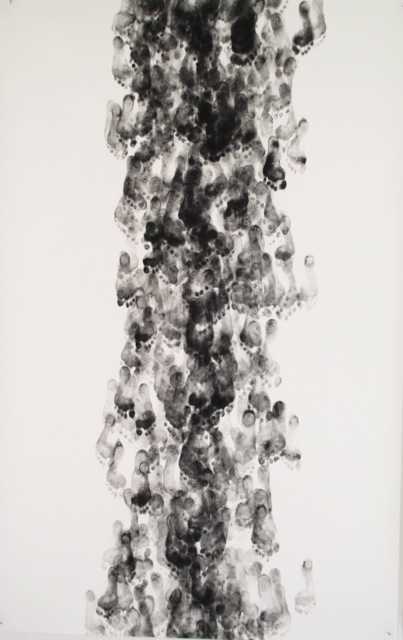 El Hombre Ha Muerto is an exhibition of drawings by Dutch and Mexican artists. It took place in Groningen, The Netherlands from 15 till 29 November 2013 and in Mexico in June/July 2014.

We have selected artists whose work has a relation with issues from modern day society using light as a formal aspect and 'to shine a light' on their subject.

The title comes from a poem by Borges, in which he talks about how hair and nails keep on growing after a man's death. When a person dies, a form by which the universe can be understood is lost. But the same way as the beard and nails keep on growing, the life of all other human beings and living beings in general carries on. By producing a work of art, the artist leaves a trace behind him. This way he/she appears to challenge the condemnation of the burial of his/her ideas.

The exhibition in Mexico City runs from: