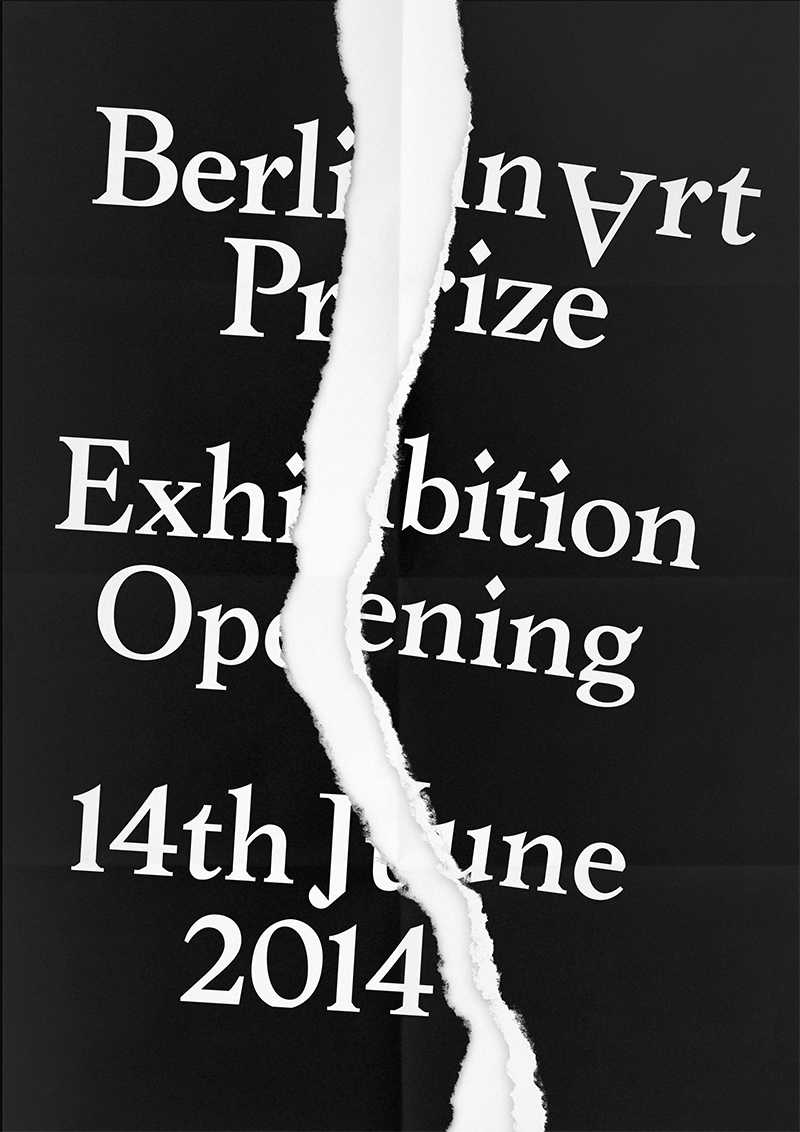 The Berlin Art Prize e.V. is pleased to invite you to the 2014 exhibition opening and awards ceremony on 14 June 2014 at Kühlhaus Berlin at Gleisdreieck. The exhibition will show the nominated by artworks by 30 artists selected by the jury: Cosima von Bonin, Kimberly Bradley, Judith Hopf, Egill Saebjörnsson und Nicolaus Schafhausen. 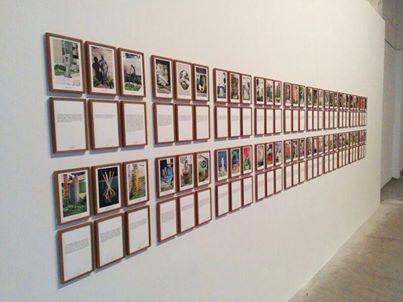 At 8:30pm the three winners of the Berlin Art Prize 201will be announced. In the presence of the jury they will be awarded with a one-month residency in Tbilisi, Georgia, prize money, and a trophy created for the occasion by artist Markus Selg.

The exhibition will be followed by an after party with a special midnight set by DJs Dirk von Lowtzow, Cosima von Bonin, and Justus Köhncke, followed by DJ Steev Lemercier/WIKIMIXXX. Come celebrate with us!

The evening will also mark the release of the Berlin Art Prize 2014 catalog, featuring the work of all 30 artistic positions, as well as statements from the jury and essays by Kimberly Bradley, René Pollesch, Felicia Zeller, and Eva Wilson in dialog with Sophie Jung. The catalog will be available for purchase after the winners are announced and later in selected book stores.

The Berlin Art Prize exhibition runs from the 17th through the 28th of June and will be open Tuesday – Saturday from 1pm to 7pm. Numerous free lectures, events, and performances are planned during the exhibition including:

A long evening of experimental music from the avant-garde musician Jason Grier. On the same evening: Invited by NOTE ON, the project Lake&Only, run by Raphael Linsi and located in a cabin in the Swiss Alps, presents editions by Bradley Alexander & Anatoly Belov, John Beeson, Sarah Elliot, Othmar Farré, Friedemann Heckel, Jaakko Pallasvuo and Giorgio Sadotti for the very first time.

Flash exhibition of the MOMR – Muesum Of Mroden Rat – in the style of Des Ptohograhpies, on view during regular exhibition hours.

Workshop: How to Create an Artist's Portfolio, Statement, and Apply for Funding organized by cultural manager Marie Egger.

The portfolio seminar will be followed by a supernatural performance by Internet healer Labanna Babalon.

Presentations by Berlin Art Prize nominees including Louise Gibson and Oliver Walker, as well as a podium discussion with representatives of the berufsverband bildende künstler berlin (bbk) and the Freie Szene on their work, the grave financial prospects and problematic work/life balance for creative laborers in Berlin, and the presentation of their new concept to improve it. (Moderated my Moritz Malsch of Lettrétage). Afterwards: an experimental noise performance with a home-made modular synthesizer by nominee Bernd Imminger.

An evening organized by John Holten and Broken Dimanche Press marking five years of Berlin-based The Kakofonie - The International Journal of Art and Literature. Readings by Eirik Sørdal, John Holten and many more to be announced. Sound: Olivier Maarschalk Video: TBA

For more information about the program of events please visit www.berlinartprize.com