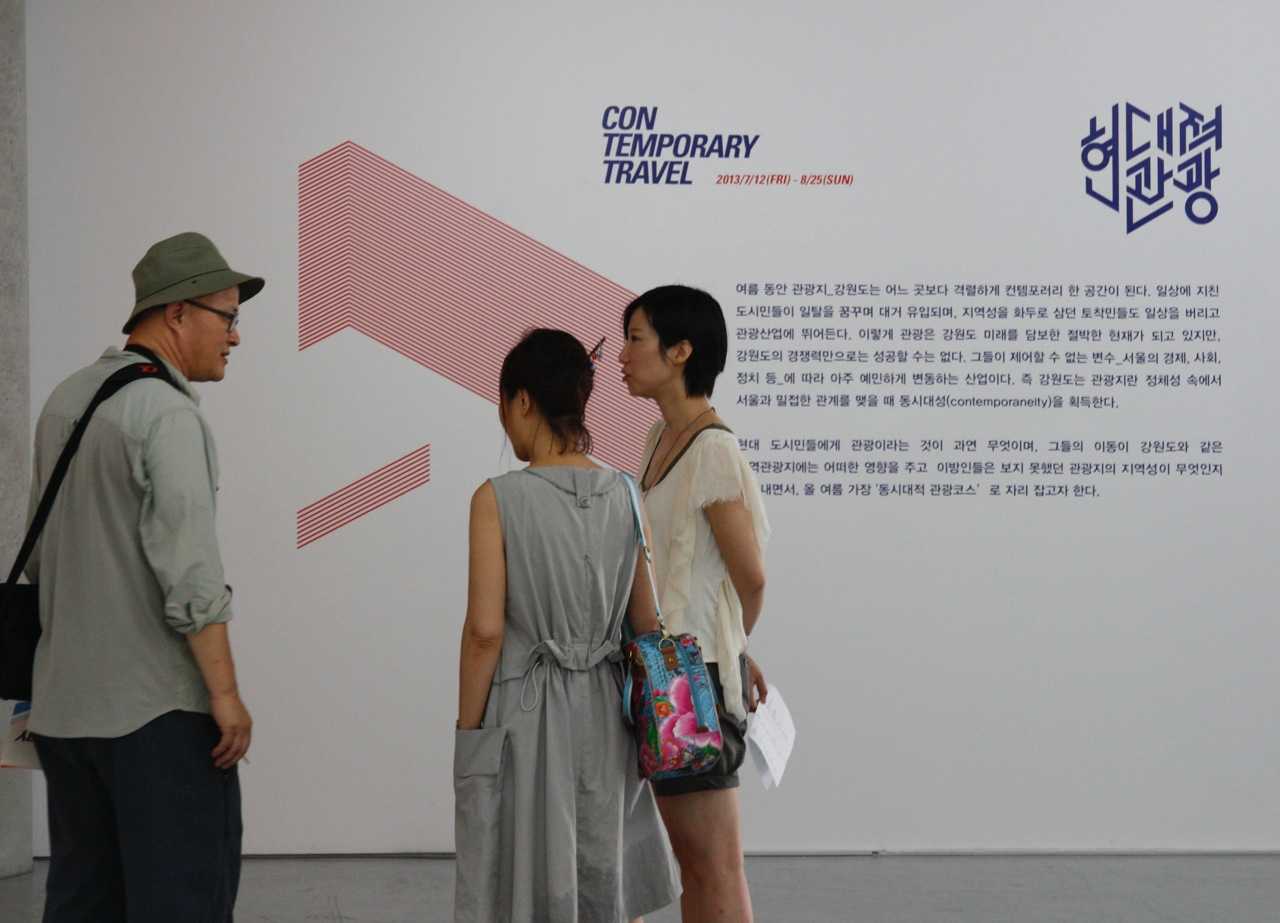 Juhee Youn (*1977) is based in Seoul [KR] and works as an artist, performance director and art curator. She uses different media such as writing, installation, performance, video and photography. She is a graduate of Kyungwon University Korea and the Dutch Art Institute. In her latest project titled contemporary travel, she explores tourism as a vehicle for introducing contemporary art in a local area. Yangyang which is becoming one of the hottest contemporary sites three hours outside of Seoul, primarily identifies as a tourist site during summer season but is largly influenced by Seoul's economy, social developments, politics etc. Therefor Yangyang which means 'the brilliant sunrise on the deep blue sea' can, according to Juhee Youn, acquire contemporaneity by sharing various points of connection.

For her solo show 'Youth, courage to face the past(2012, Insa Art Space)', she got a fellowship from the Korea Arts Council. Her recent solo show 'Active pose(2014)' was held at Gallery Button and Kwan Jinku Atelier. In the past exhibitions, she reflected on her role as an artist. As a curator she organised the group show "Contemporary travel(2013)" at Ilhyun Art Museum, located in one of the famous beach areas of Korea, Kangwon Yangyang. This show will be followed up by "The first sunrise in the world_Yangyang (upcoming in 2014)". Both are focusing on the possibility to introduce contemporary art a the place mainly concerned with tourism. Yangyang is jam-packed with tourists from Seoul in the summer and on New Year's day. Juhee Youn plans to introduce her project in Europe full scale in 2015 as a new inter-disciplinary art form.