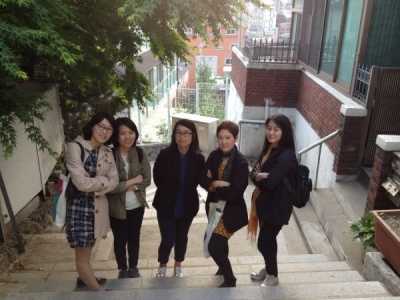 A group of Korean curators are visiting the Netherlands by invitation of the Korean organization Project Via (part of KAMS). Following the example of the Mondriaan Fund, Project VIA has begun organizing orientation trips and a Visitors program. This year their orientation trip takes them to Denmark and the Netherlands. Project VIA has selected a group of 5 young Korean curators to take part in the trip. The Mondriaan Fund has been asked to facilitate the program.

In September a group of curators from the Netherlands, Belgium, Switzerland and Denmark will visit Korea and Japan. The Open-call for this can be found on the website of the Mondriaan Fund. 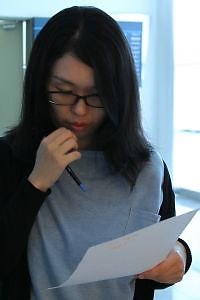 Juhee Youn (born in 1977, Seoul) graduated from Kyungwon University Korea with a BA in painting and Master course of Fine Art from the Dutch Art Institute in the Netherlands. Her way of works spans from a text to various approach: installation, performance, video and photo, and in various positions: an artist, a project organizer, a performance director and a curator. She had a solo show ¡®Youth, courage to face the past(2012, Insa Art Space)¡¯ with a fellowship by Korea Art Council. Her recent solo show 'Active pose(2014)' was held at Gallery Button and Kwan Jinku Atelier. In the past exhibitions, she has concerned about attitudes as an artist. As a curator, she also organized a group show "Contemporary travel(2013)" in Ilhyun art museum located in one of famous beaches of Korea, Kangwon Yangyang in the vacation season. And the show would be lead to "The first sunrise in the world_Yangyang (upcoming in 2014)". Both of them are focused on the possibility to do contemporary art in the local where the tourists from Seoul has been jam-packed in summer and the New Year¡¯s day. She expects to reproduce it into a new inter-disciplinary art in Europe 2015 to guide the town as the contemporary center of Korea and Asia.