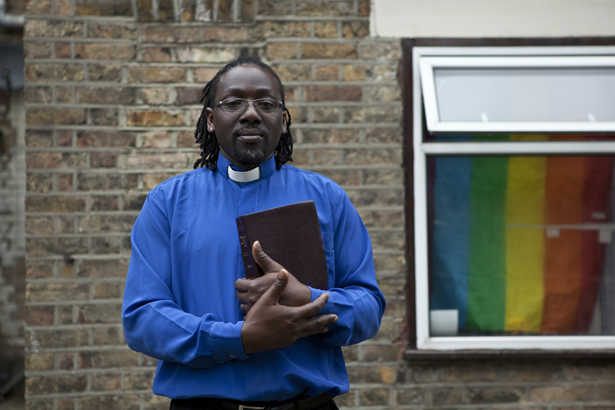 This exhibition is the second act in a year-long programme that addresses Personal Liberties with an emphasis on homosexuality and the growing homophobia in African societies. It is the history of activism that with visibility come human rights. But what is to be done when visibility incites violence against the minority? The shared condition of precariousness implies that there will be casualties. The work of Zanele Muholi at crime scenes in South Africa exposes this violence; lesbians are raped and killed for the disdainful reason that they are different. Muholi's portrait series "Faces and Phases," now famous worldwide, will be shown in Dakar for the first time. The still ongoing series of black and white portraits exposes the African lesbian as any other woman. Nigerian photographer Andrew Esiebo has explored this persecution in western Africa through video and photography. In the portrait series "Who we are," Esiebo digs in the normality of gayness and challenges his audience to render the essentialities of difference: We become hard-pressed to find the difference between a homosexual and a heterosexual. Granted, some may say that before Africans accept homosexuality, we have to first stop the blind dispersal of the fallacy of its disinherited African traits. There has been evidence of pre-colonial homosexuality, although this is not the primary focus of this exhibition, it is no doubt of interest to many. Perhaps unintentional, the work of Kenyan artist Jim Chuchu speaks of a pre-colonial African paganism, before the stringent effects of Christian missionaries and Islamic beliefs had taken hold of sexuality. Chuchu's work speaks to a known past when the word 'sodomy' was unknown by us, and same-sex activities were an accepted preference. In our post-colony world, African sexuality is covert and clandestine. We talk about our relations behind closed doors and simultaneously, as the colonist taught us, we forbid sexual acts that we have learned as counter natural. This aberrant conundrum we find ourselves in is explored by Egyptian artist Amanda Kerdahi M. Kerdahi M.'s "100 conversations" with Egyptian women is undoubtedly intriguing as women expose a part of life that they are forbidden to speak of while smoking a cigarette, another act publicly forbidden to women. Kader Attia's single-channel video Collage is about the lives of transsexuals in Algiers and Bombay. It questions the possibility of objective testimony. At the same time, it challenges the structural coherence one associates with artistic narrative.