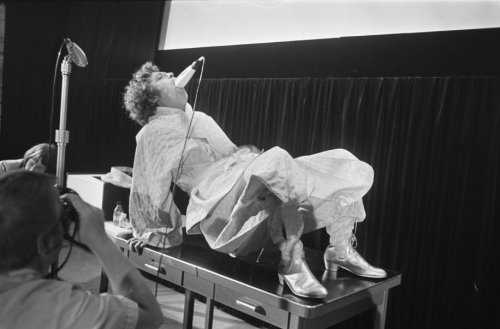 Johan "Johnny" van Doorn  was active as a writer, poet and performer, first in his hometown Arnhem, later in Amsterdam.

"Van Doorn called himself Johnny the Selfkicker, a nickname he has proven to be worthy of by means of wild, often haphazard performances, during which he never failed to work himself into a frenzy, which often resulted in him collapsing right in front of an astonished audience, say........ " (More on Wikipedia)

More about Johan van der Keuken and Spirit of the Time.