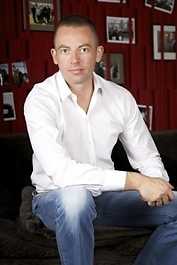 Oliver Davis teaches in the Department of French Studies at Warwick University (UK) and is currently also Programme Director of Warwick's Centre for Research in Philosophy, Literature and the Arts. He is the author of the critical introduction Jacques Rancière (Polity, 2010), of which a German translation is due to be published by Turia + Kant later this year.

He is currently developing new work on the policing function.