IMMA - Irish Museum of Modern Art: It Makes us Think of a Dance and a Fête as Much as of War (On Violence) - Symposium with: Mercedes Azpilicueta (DAI, 2013) Yasmine Eid-Sabbagh, Denise Ferreira da Silva, Hadrien Laroche, Paulo Tavares, Milica Tomić. Curated by Doreen Mende (DAI tutor) 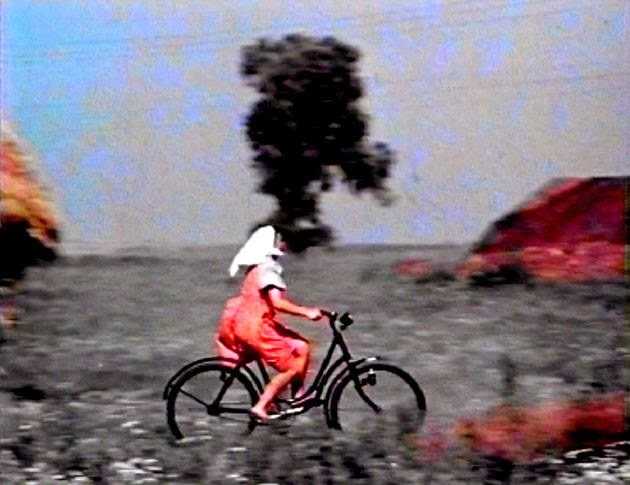 The symposium is FREE and open to the public.

To reserve a place or for further information email rsvp@eva.ie

the third and final part of "Artistic Justice: Positions on the Place of Justice in Art," a series of three international symposia leading towards the 2014 edition of EVA International, which opens in Limerick in April.

This symposium is conceived by Doreen Mende at the invitation of EVA 2014 curator, Bassam El Baroni.

When we imagine 'violence', we conventionally associate effects of physical destruction, e.g. destroyed houses, screaming faces, injured or dead bodies; we also may relate to psychological imprints that read in public as categories such as oppression, poverty, domination, and injustice. But what if the mechanisms of violence are much more complex than that? What if violence just disturbs securing concepts of either/or – e.g. 'good'/'bad' and 'justice'/'injustice'? What if it throws us in a terrible conflict because what we thought was non-violent would have turned out to be violent? And what if violence is not so much a place 'elsewhere', but a permanent condition that we inhabit, and in doing so, perhaps coproduce, sometimes readily celebrate and simply cannot escape? Why must we bravely accept that we cannot simply step out of violence, because violence is a condition that indicates the proximate distances between us on a global scale? In other words: We can state that violence is an inexorable condition as much as capitalism turned into a 'pervasive atmosphere' of a capitalist realism (Mark Fisher).

This symposium is conceived as a research instrument on a public stage. Each contribution will reflect when violence emerges, appears, and becomes manifest. Bringing them together in an effort to consider the specificity of the act of violence while, at the same time, emphasising that violence cannot be departmentalised within one particular geography but operates on a networked scale. From these different approaches, it will be possible to debate the paradoxical forms of violence with regard to its global dimension and geopolitical exigencies.