12 March at 19hrs - St Lucas: What's The Story?#6 presents Rana Hamadeh (DAI, 2009): And Before It Falls It Is Only Reasonable tot Enjoy Life a Little - a lecture-performance 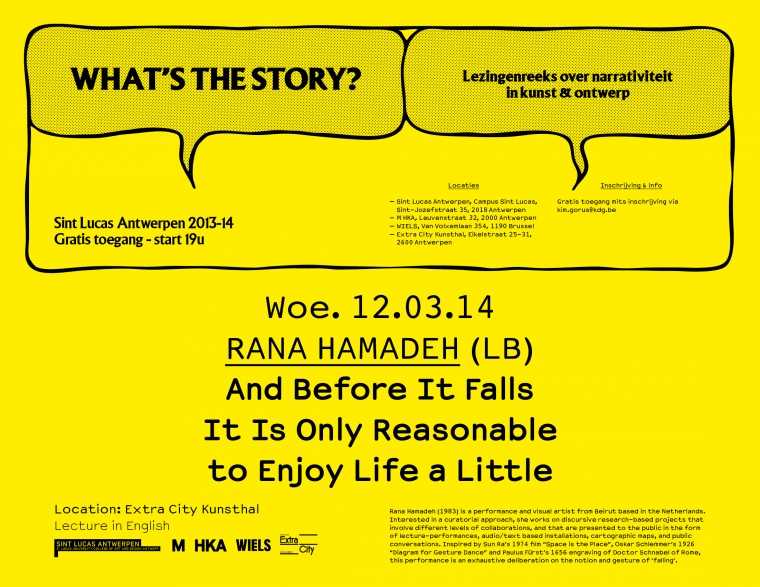 Rana Hamadeh (1983) is a performance and visual artist from Beirut based in the Netherlands. Interested in a curatorial approach within her artistic practice, she works on long term discursive research-based projects that involve different levels of collaborations, and that are presented to the public in the form of lecture-performances, audio/text based installations, cartographic maps, and public conversations. Inspired by Sun Ra's 1974 film Space is the Place, Oskar Schlemmer's 1926 Diagram for Gesture Dance and Paulus Fürst's 1656 engraving of Doctor Schnabel of Rome, this performance is an exhaustive deliberation on the notion and gesture of 'falling'.