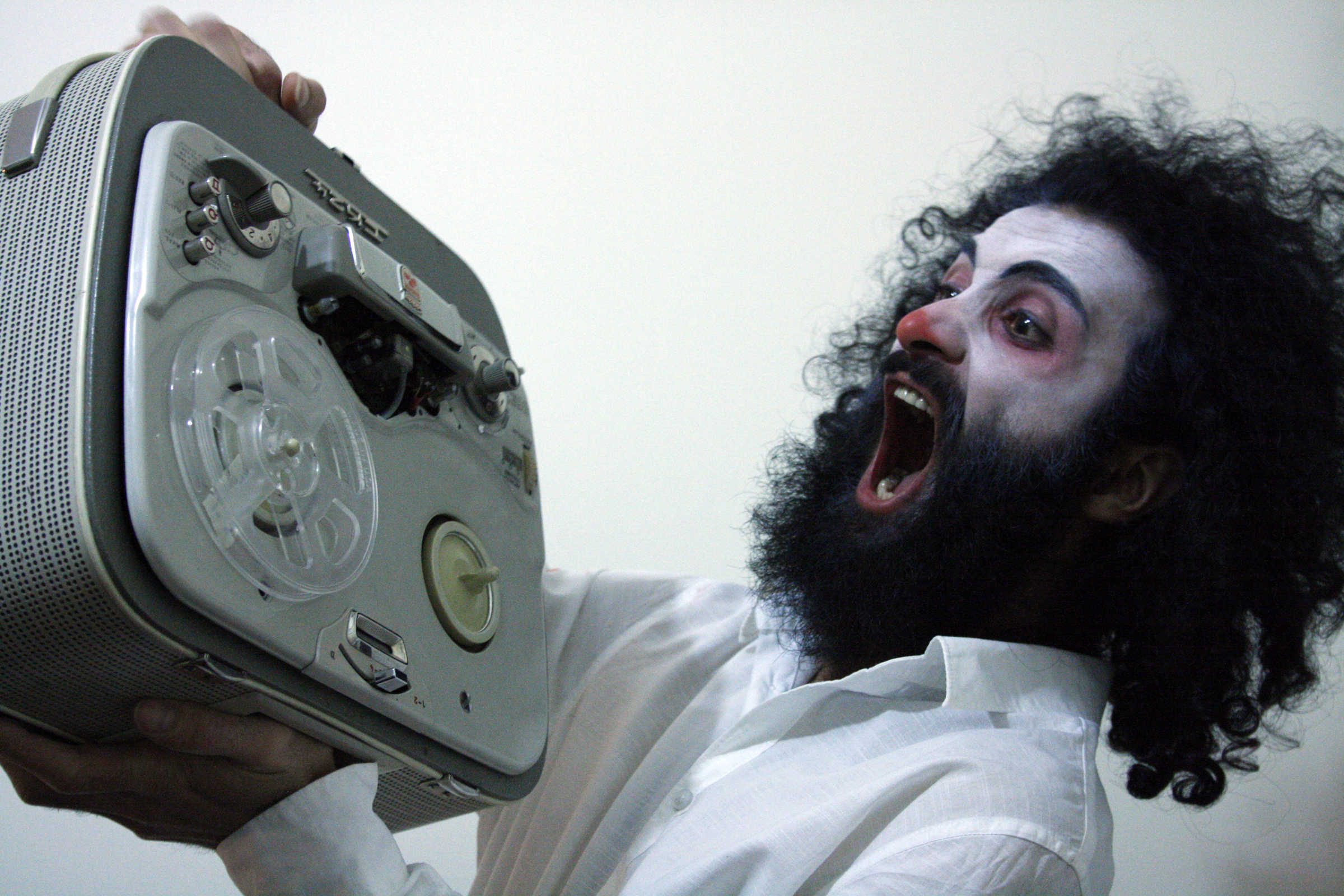 Since June 2013 when he arrived in the Netherlands Alireza Keymanesh has been working on a practical research project "The society's influence on the human body". During these past months the following issues have been very challenging and interesting for him; 1) how the human body in society and the actor's body in Beckett's plays are conditioned and tortured. 2) How his body as an individual in society, and as an actor in Beckett's plays, is forced to live in a prison of particular rhythms and physical gestures.

" This version of Krapp's Last Tape has already been performed in Iran for fifteen nights and by popular demand was extended for seven more nights. So we decided to perform it here in Netherlands in English. In this play  characterization is shown, by emphasizing physical gestures, rhythm, tempo, beat and silence more than realistically. At  84theater Company we are doing this so that we might be able to play with the expectation of those audiences who have mostly been exposed to traditional theaters with realistic rhythm and characterizations."