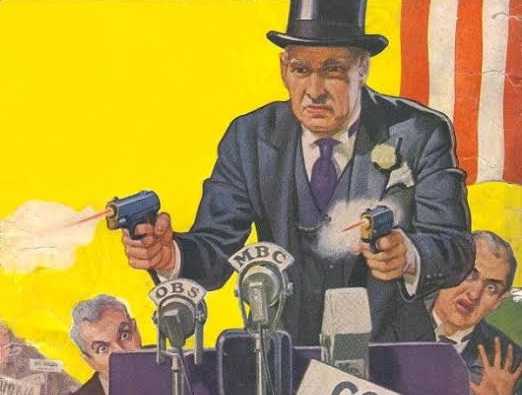 From February 2014, everyone is invited to a new focus programme entitled *Politricks. A programme on power, propaganda, populism & patriotism.

Via performances, theatre, films, debates, installations, videos and paintings we endeavour to say something about politics, media manipulation, the power of the image, while keeping the May 2014 elections in mind.

We invite artists in order that they adopt a critical position to counter society's general political apathy. For two months, you are invited to arm yourself for the elections in May. A good citizen is a prepared citizen!

We are glad to welcome you on 7th or 8 February, or at other activities of Politricks. You'll find the complete programme included below. Please confirm your presence with Yasmina Boudia (yasmina@beursschouwburg.be).