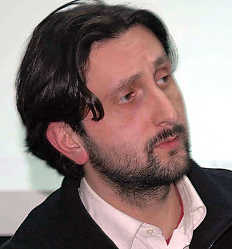 CEC ArtsLink's pioneering project One Big City, the first city-wide effort of its kind, engages New York City's diaspora communities through the collaborative projects of local artists and their colleagues from the countries whose émigré populations contribute to New York's unique makeup. One Big City provides a platform for artists to explore cultural and artistic identities and heightens awareness of diverse cultural communities throughout New York. It enables CEC ArtsLink to bring the cross-cultural discourse and the international network we have fostered for over fifty years directly to the communities in the boroughs. - See more at:

The Kitchen has been a powerful force in shaping the cultural landscape of this country for more than three decades. Founded as an artist collective in 1971 by Woody and Steina Vasulka and incorporated as a non-profit two years later, in its infancy The Kitchen was a space where video artists and experimental composers and performers could share their ideas with like-minded colleagues. The Kitchen is a non-profit, interdisciplinary organization that provides innovative artists working in the media, literary, and performing arts with exhibition and performance opportunities to create and present new work.

Lado Darakhvelidze is an artist who focuses primarily on information media and their socio-political impacts. He deals with social and political changes and represents these in personal narratives. In earlier work, he reflected the transitions and re-placements of national symbols in post-communist countries in a subtle and poetic way, which expanded the political and opened it to mythology, history and storytelling. Darakhvelidze studied at the Tbilisi State Art Academy and did his Masters at the Dutch Art Institute in The Netherlands. His work was included in the 11th International İstanbul Biennial (2009) and the 2010 Biennale Cuvee in Linz, Austria.