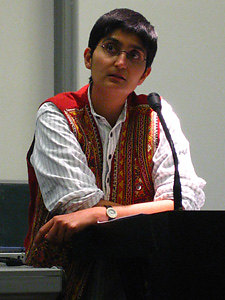 Her publications include Impossible Speech: On the Politics of Silence and Violence (2007) and Decolonizing Enlightenment: Transnational Justice, Human Rights and Democracy in a Postcolonial World (ed., 2013).

Nikita Dhawan's lecture at the DAI