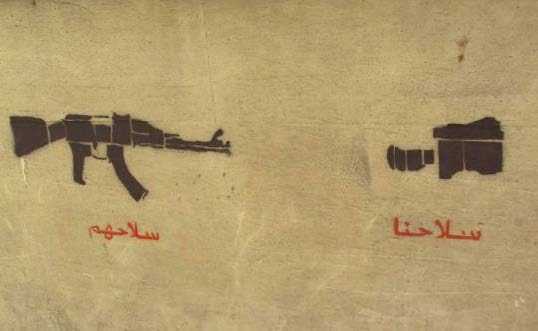 A cheering crowd in a Libyan sports stadium, gazing hopefully in the direction of their leader. Thus started the dubious political career of Muammar Gaddafi, a career which would end 42 years later in blood and gore. The photos went around the world. The FoMu focuses on the power of photography during recent events in the Arab world. The extensive Gaddafi archives are complemented by photographs on Syria, Egypt and Tunisia. Even though photography is clearly the ultimate propaganda tool for leaders in authoritarian regimes, it can also prove to be an important weapon for the people during a revolution.

Symposium
On May 16th 'Depth of Field' and FoMu organize together a spring symposium. This day takes place in FoMu Antwerp and will be based on the framework of the exhibition Power! Photos! Freedom! – about the power of images in the Arab World.
Before the symposium there will be a Depth of Field 'reading club', after which a guided visit to the exhibition in FoMu is scheduled. After the symposium FoMu is planning a public debate with some of the symposium speakers.