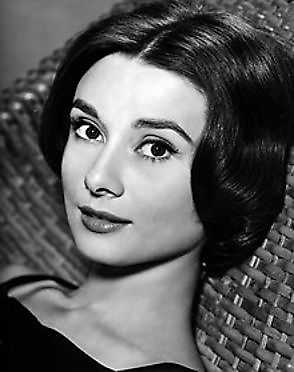 "Audrey Hepburn was born in or near Brussels, Belgium on May 4, 1929. Her father, Joseph Hepburn-Rushton was an English banker and her mother, Ella Van Heemstra was a Dutch baroness. During Audrey's early years she traveled between England, Belgium and the Netherlands because of her father's job.

In 1935, when Audrey was only six years old, her parents were divorced, an event that had a profound effect on her. In her early school years she lived in England with her mother. After the outbreak of World War II, in 1939, her mother decided to move back to her native country, the Netherlands because it was neutral. She assumed the Netherlands would remain neutral as it had been during the First World War. Unfortunately, the following year, on May 10, 1940, the Netherlands was invaded by the Nazi Germans and the family consisting of Audrey, her mother, and her two half-brothers from a previous marriage were forced to endure the hardships of the five-year Nazi occupation of the country. During the German occupation Hepburn suffered from malnutrition, which would permanently affect her weight. During the last year of the war the family was caught in the cross fire of the battle of Arnhem, and along with the rest of the population, caught in the middle of a ferocious battle, was fortunate to escape with their lives".