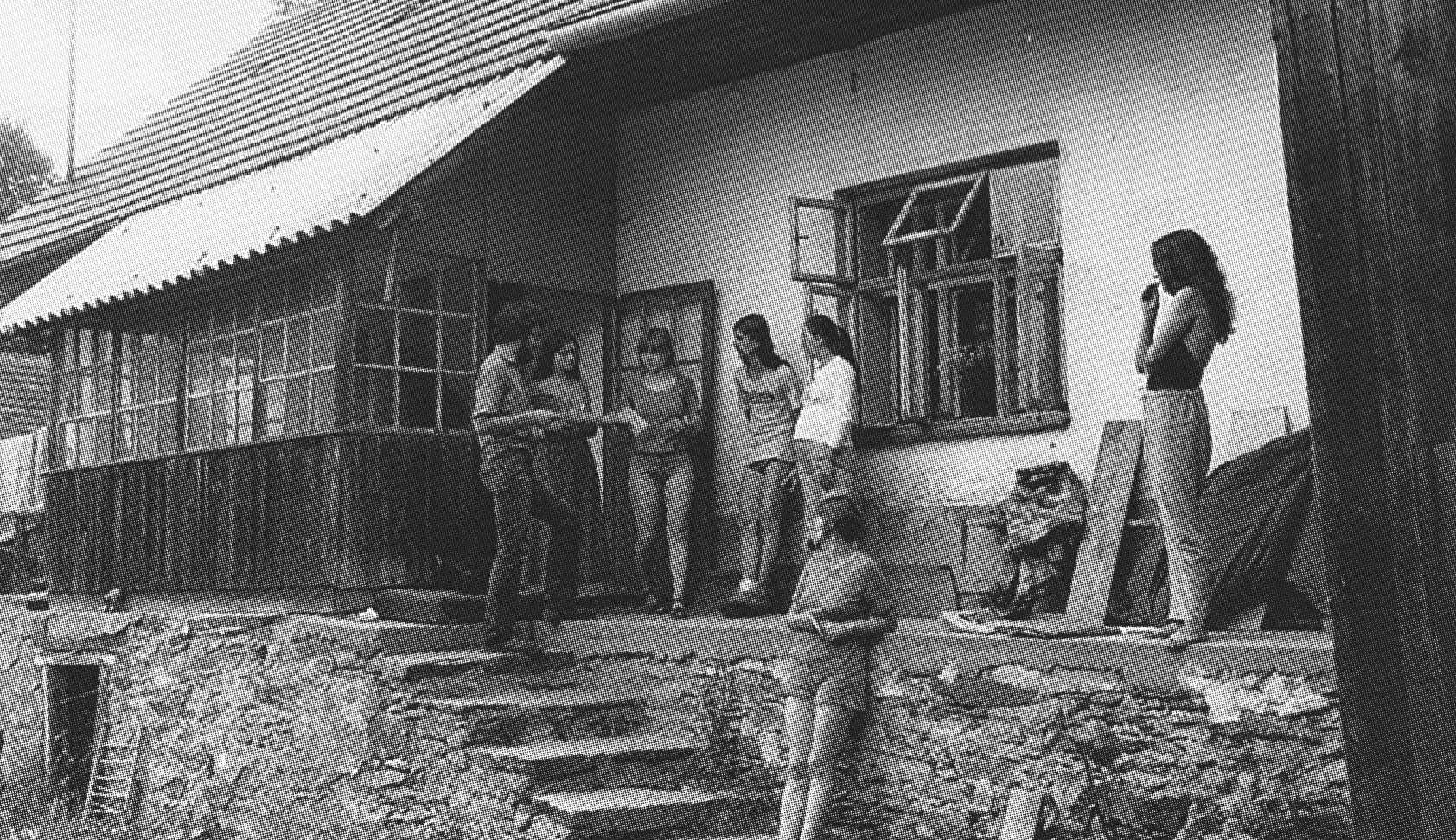 Taf Hassam (UK) and Kirby Mages (US), who are current residents at the Meet Factory in Prague, are working on a project that examines the legacies of Charter 77 and the Czech underground music scene of the 1970s and 1980s. The project is being built through their observations relating to a 1982 photograph entitled Czech Dissidents Gathering Somewhere in Bohemia by Jef Helmer.

The two were invited by the Finnish Academy of Fine Arts to present their work and give lectures on the topic of video essays. As with the project itself, the lecture (which will be more of a gathering) will begin with a photograph and will openly move through the research currently being collected by the artists.

Comprising of several short film clips focusing on collectivism and voice, selections will be from past and present, chosen in relation to cinema and its potential to both form and document a gathering.

Tue 16.4. 19:00 - 22:00 Introductory lecture on the artistic practices of Taf Hassam and Kirby Mages with film screenings

Wed 17.4. 17:00 - 20:00 Lecture and screenings discussing the Velvet Revolution, samizdat publishing, underground concerts, and key texts such as Ivan Jirous's A Report on the Third Czech Musical Revival (1975), and Vaclav Havel's Power of the Powerless (1978)

The project Czech Dissidents Gathering Somewhere in Bohemia, 1982, photo Jef Helmer, is made possible with the support of the Mondriaan Fund.

Free Space for Arts is a forum for the students in art university to organize their exhibitions, concerts, performances and other events. The space is located in the center of Helsinki between the Kauppatori market place and Senate Square, in the inner yard of Katariinankatu 3, 00170 Helsinki.