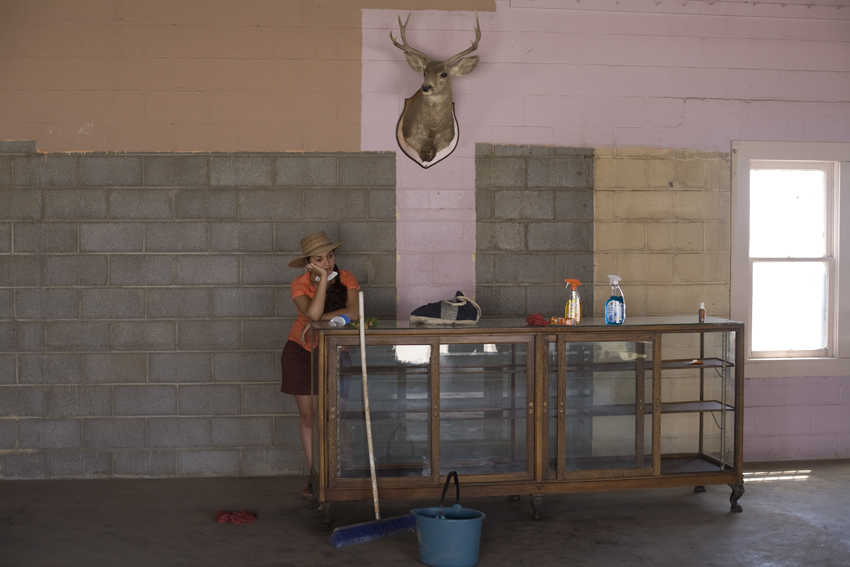 Summer School Marfa is a three week fieldtrip and student fieldwork studio from May 20 to June 10 2013 in Marfa, Texas for students from the Dutch Art Institute, the Sandberg Instituut/Gerrit Rietveld Academie and California College of Arts (CCA) and organized by TAAK. The aim is to expand contemporary discourses, social practices and politics in art to create a unique experience and opportunity for students and to gain an understanding of the dynamics and social impact of art in public spaces. By examining the transformation of Marfa, students engage in a critical analysis of the value and use of public art using fieldwork methods.

The small town of Marfa, about 30 miles from the Mexican border in the desert of far West Texas is fascinating for several reasons. The town has been transformed by the legacy of Donald Judd and the Chinati foundation. Judd settled in Marfa in the beginning of the seventies and obtained several buildings where he lived and worked. He realized several large-scale artworks that are inseparable from the desert landscape and commissioned his contemporaries to develop art works in a former military fortress. Due to the presence of this rich heritage, Marfa became one of the major art hubs in the U.S., a place where the art world meets and the cultural industry is thriving.

Supervised by tutors from the participating institutions, guest artists and Theo Tegelaers, curator at TAAK, students examine the natural – and cultural historical and sociological meanings of the area. They analyze the different actors in the transformation of the area and will critically relate to the value and importance of public art in this context.

For three weeks, Building 98, with it's courtyard and large ballroom, is the camp and working site for the students. In the first week the students will have the chance to become acquainted with the region. A guided tour will bring them to the Judd Foundation and the Chinati Foundation, followed by a two-day field trip to Big Bend National Park and a visit to the Biennale III Ciudad Juárez. In the second week, participants work in groups to present research results from the field trips, form project ideas, experiment, and shape their process. The final week is spent realizing the project

Summer School Marfa stems from Fieldwork: Marfa, an international research platform for artistic practices in public space, a critical approach to the landscape / borders and artistic projects based on fieldwork practices. 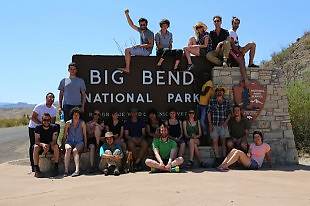 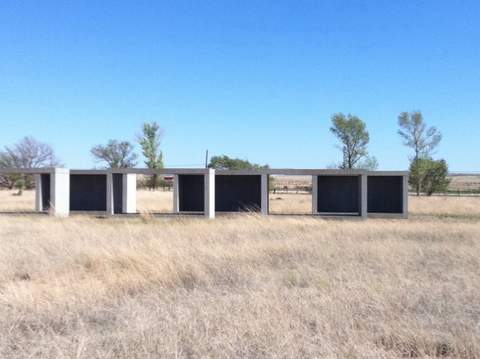