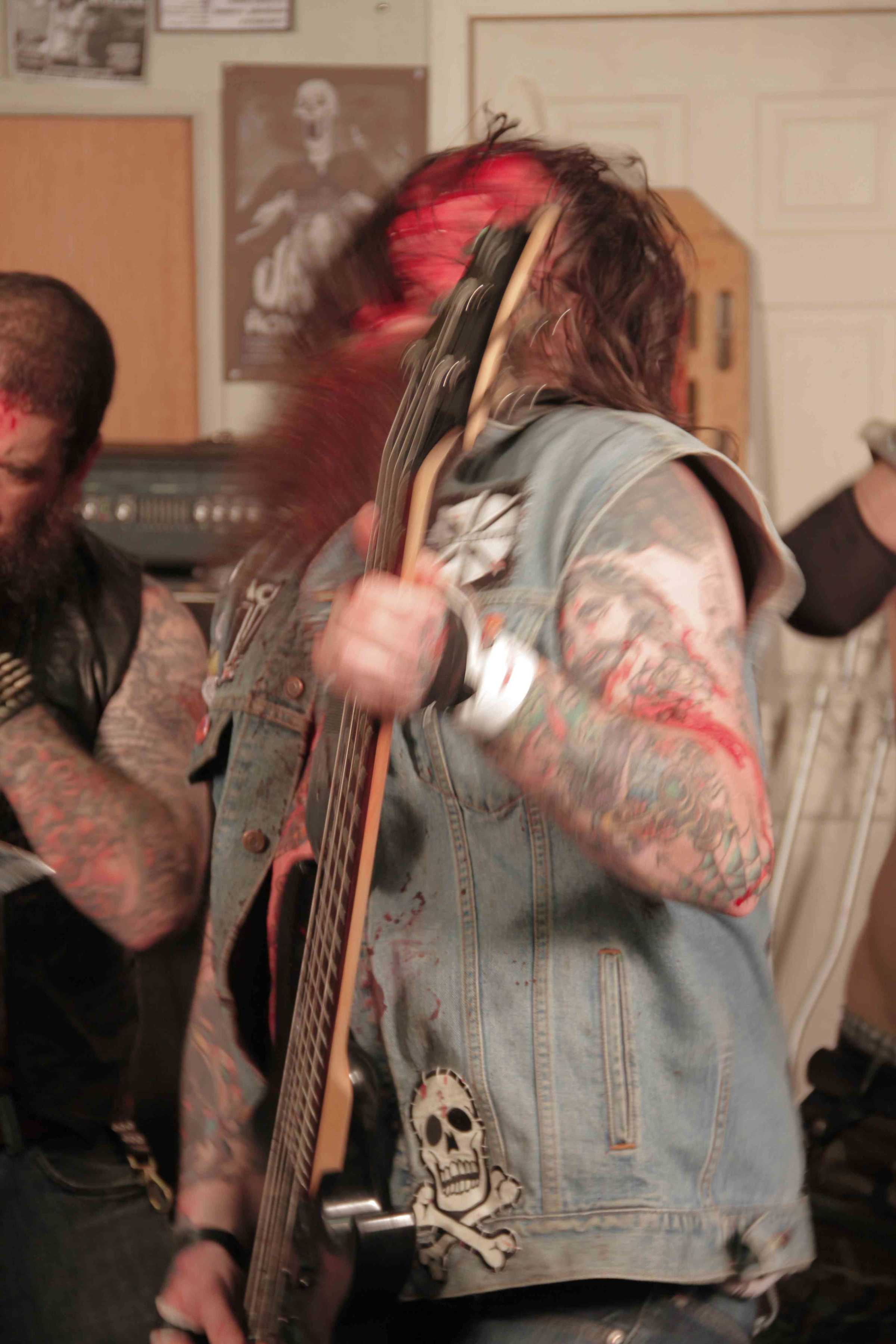 'Turnbuckle Garage', the latest video from Abner Preis builds on his video works 'The Superhero Project: A Portrait of America' and 'the Accidental Champion,' again engaging people he meets as actors in their own everyday performance, reconfiguring cultural icons, and exploring social norms. In 'Turnbuckle Garage,' Preis returns to Philadelphia and childhood friends to demonstrate how the playful and dramatic visions of youth can easily become the gaze of horror or disbelief with what we often consider maturity as he takes us into a garage to watch a heavy metal band perform music and a nostalgic brand of self mutilation that murmurs of Ric Flair, the Iron Shiek and ass kicking rock and roll.

Abner Preis was born in Hadera (Israel, 1975) and raised in Cleveland, and then Philadelphia, where he earned a BFA at Tyler School of Fine Arts. He is presently working on an MFA at the Dutch Art Institute in Arnhem, NL and is best known for his interactive public performances and mixed-media work, with the concept of traditional storytelling as the central aspect. Appropriation, the element of surprise, participation, playfulness and political and social engagement are other elements that appear throughout Preis' work, whether performance, drawing, video, installation or sculpture.

Preis has exhibited his work and performed in important institutions such as Showroom Mama,Museum Jan Cunen, De Kunsthal, Dordrechts Museum, IFFR (International Film Festival Rotterdam) and the Philadelphia Museum of Art. Preis has been the recipient of several artist residencies in Amsterdam, Rome, Vienna and Berlin, and was nominated for the Illy Prize at Art Rotterdam in 2010. He regularly performs in international art and public spaces, independently or in collaboration with his collective, The Dogs of Shame. Preis lives and works in Rotterdam.