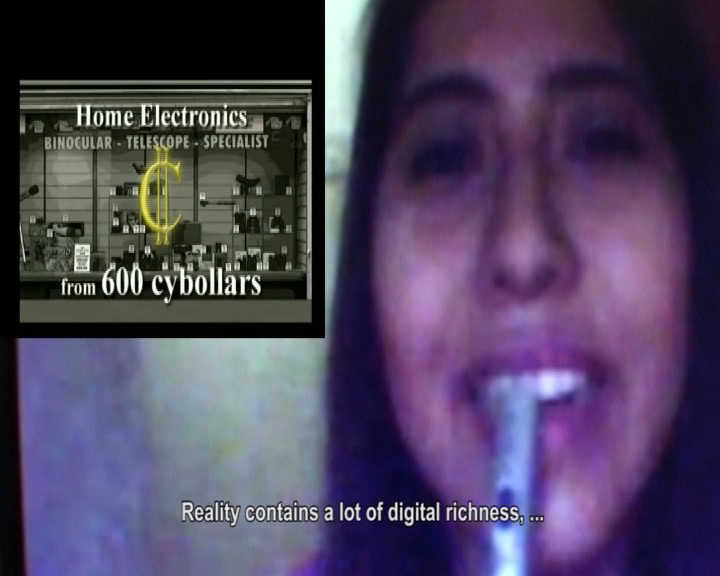 During the past three years the Hivos/CIS knowledge workshops gathered together participants (digital natives) from Asia, Africa and Latin America: Bangalore, Taipei, Santiago and Johannesburg, culminating in last year's publication, DIGITAL ALTERNATIVES with a cause?

For the videos DNI-IV, visual artist Renée Ridgway and filmmaker Rick van Amersfoort interviewed the participants from these workshops around four issues, juxtapositioning images with spoken content. The first video, DNI addresses the construction of the digital native (DN) with comments, critiques and opinions from the interviewees, visualising a shift in how digital natives are imaged and perceived. The second video DNII focuses on the real vs. the digital whereby the division between physical reality and virtual reality is dismissed to build more comprehensive accounts of digital native practices. The third clip DNIII explores the processes that produce possibilities and potentials for social change through political participation and the role that technologies play in defining civic action and social movements. What are the relationships that these technology-based identities and practices have with existing political legacies? The last video DNIV combines connectivity, collaboration, inspiration and transformation but also reflects upon the limits of cyberspace, its borders and the eventual co-optation of technology by users.

The videos therefore can be seen as a 'collaborative meme' reflecting a knowledge inquiry that incites new discussions, invoking cross-sectorial and disciplinary debates whilst consolidating knowledge about digital(alter)natives and how they work in the present to change our futures.

DNI, DNII, DNIII, DNIV were commissioned by Hivos, Amsterdam and the Centre for Internet and Society, Bangalore.