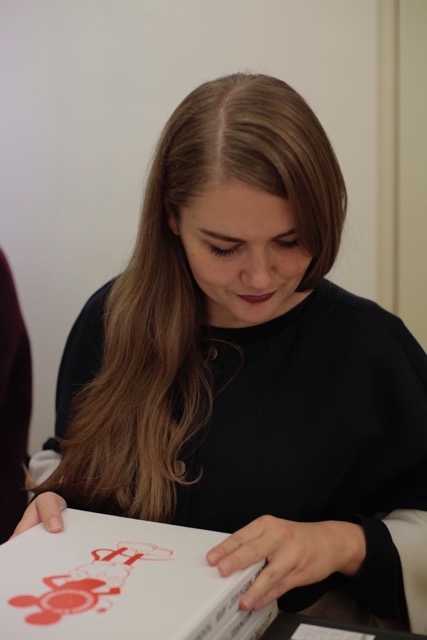 Susan Gibb is curator at If I Can’t Dance, I Don’t Want To Be Part Of Your Revolution, a curatorial production house for performance related art and research based in Amsterdam. She joined the team in 2013.

Originally from Sydney, Australia, there she ran the twelve-month independent curatorial initiative Society (2011—2012), and has held curatorial positions at the interdisciplinary art centers Carriageworks (2011—2012) and Campbelltown Arts Centre (2009—2011).

Recent projects include the development of live improvisational and email performances with the artist Brian Fuata, which consider call and response and the ‘email as stage’, for Performa15, New York, (2015); A Planet With Two Suns with Agatha Gothe-Snape at the Museum of Contemporary Art, Sydney (2013) and Kunstvlaai: Festival of Independents, Amsterdam (2012); and What I Think About When I Think About Dancing, at Campbelltown Arts Centre, Sydney (2009). She is currently developing an exhibition for the Institute of Contemporary Arts Singapore, with the support of the Australia Council for the Arts.

Susan also writes regularly for art periodicals including ArtAsiaPacific, among others, and teaches ‘Curating and Performance’ with If I Can’t Dance both at the DAI as well as at the School of New Dance Development (SNDO), Amsterdam.