30 November 2011 / Kiluanji Kia Henda / Afronautas: from the ashes of the past, to the blink of the satellites / location: MMKA 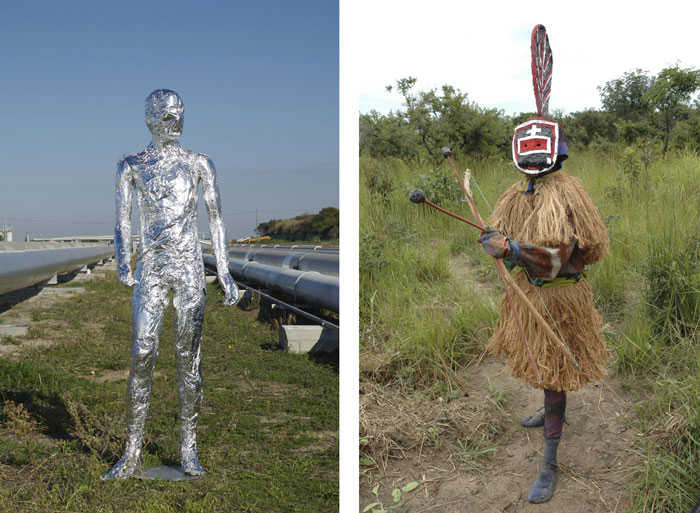 A public lecture by the artist Kiluanji Kia Henda, as part of the DAI- lecture series SHIFT IN MY THINKING, organised by the DAI in preparation of 3 workshops in Senegal. For this specific lecture we are teaming up with BAK, basis voor actuele kunst, Utrecht, where Kiluanji will also present a lecture, this time in the context of "Spacecraft Icarus 13: Narratives of Progress from Elsewhere".

After their fights for indepence many countries in the so called "Third World" had to face destructive civil wars. Murdered before they were even born, those young countries were run over by history. Up to today many have to deal with stone age conditions for living, as if time had stopped. But at the same time, for better or for worse,they are willing to belong to a modern world.

"Afronautas" came into being as a post-war movement of young Angolan artists who, in their formation were compelled to travel; or in the absence of an industrial structure were contaminated by the different foreign cultures that arrived via the ports and airports and today through the internet and satellite television. In Angola this "contamination" created a global, assimilated, cultural production, from music to visual art and a rupture with traditional standards by legitimating multiculturalism.

By creating fiction from factual stories Henda's work draws upon a certain complicity with history. He uses art as a method to revise it. But more than trying to escape from an amnesia of the recent past, Henda looks for utopian narratives, as a way to avoid the still very present harmful heritage caused by those years of conflict.