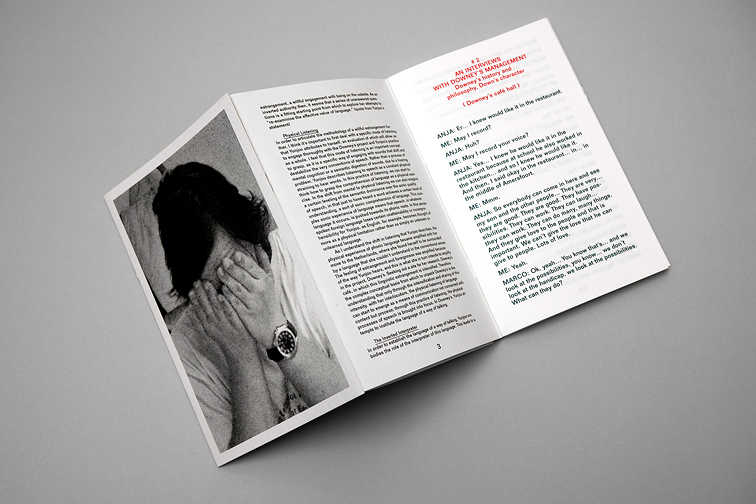 " I have been developing a project about Downey’s cafe in Amersfoort in the framework of Grand Domestic Revolution with Casco since October 2009. The synopsis was inspired by an article that I read in the magazine Vanity Fair in 2007. The story goes that Arthur Miller (1915-2005) had hidden his son with Down syndrome, named Daniel Miller (1966- ) and he left some fortunes to Daniel by changing his will before his death. According to the article, his son, who was born to his third wife, Inge Morath (1926-2002), was not only placed in a state institution in Connecticut, but had never been visited by his father. Arthur Miller did not mention Daniel even in Timebends (1987), his autobiography, and kept Daniel’s existence hidden from any public place or event. Daniel Miller has lived a nearly independent life partly with the government support, but since he received inheritance from his father, he is in an odd situation where he might have to return all the subsidies to the government.

I found a cafe named Downey’s in Amersfoort which is run by a family and their son Arjan with Down syndrome. There are several Down syndrome people working in the cafe as well as volunteers who support them. However the Down syndrome people have to pay for their labour to the cafe, which in return supplies them with a form of traineeship. This is aimed at providing a social platform where they can work, in order to partly be economically independent. I worked at the cafe for 6 months as a volunteer. I was interested in working there and wanted to look at the attitude towards disabled people within a part of Dutch society. While I was working there I sometimes filmed them. At the beginning, it didn’t go so easily since I can’t speak Dutch, the Down syndrome people can’t speak English and I was the only Asian in this typical Dutch area, so they kept distance from me. Somehow this was not so unfamiliar for me since I also have a hearing difficulty and this allowed them to be a little more open mind towards me, in a sense of kinship. However, as time went by I discovered a space between the Down syndrome people and myself in terms of the difficulty in the communication, and also found that there are economic and social problems linked with the relationships between their disability and the job opportunity.Once, at the cafe, I was talking with Arjan who has Down syndrome. I used to talk to him since he works at the cafe 4 days a week as a full time job. The talks between him and I didn’t work at the beginning, but as I started to discover his language, it somehow started show some small progress.Mostly I discovered something interesting in the videos that I shot after I had the translation from Dutch to English.

ME: Arjan, is your friend a girl or a boy?

Me: Do you want to go home?

Me: Do you want to go home? 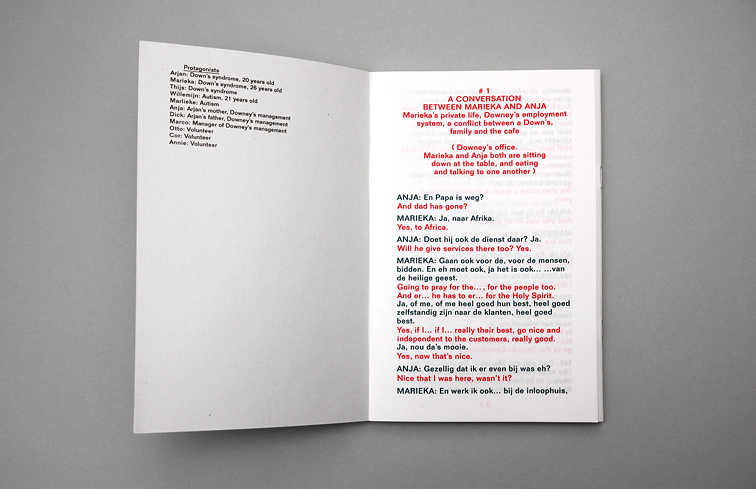 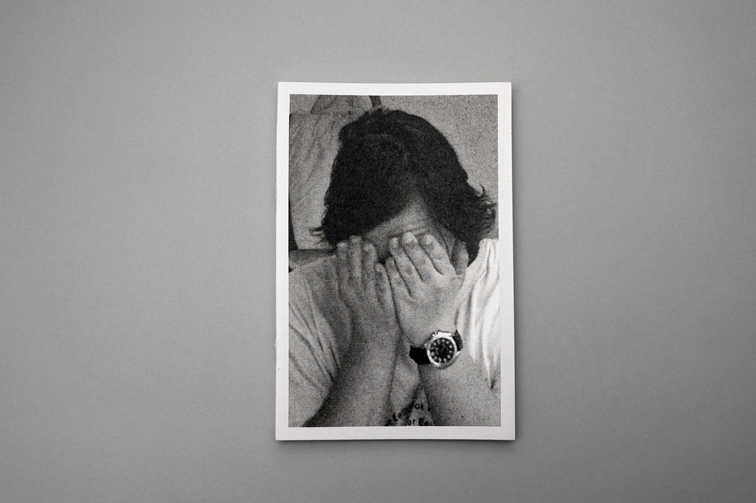