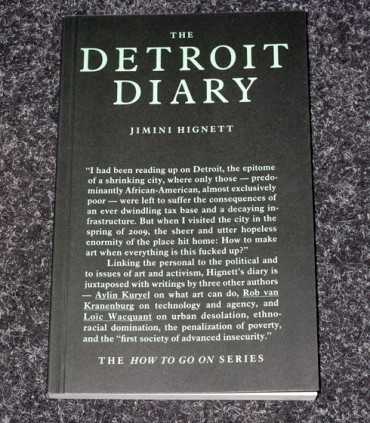 No more copies available at the DAI. Please contact the artist: http://howtogoon.com

"I had been reading up on Detroit, the epitome of a shrinking city, where only those - predominantly African-American, almost exclusively poor - were left to suffer the consequences of an ever dwindling tax base and a decaying infrastructure. But when I visited the city in the spring of 2009, the sheer and utter hopeless enormity of the place hit home: How to make art when everything is this fucked up?"

Linking the personal to the political and to issues of art and activism, Hignett's diary (in text and images) is juxtaposed with writings by three other authors: Aylin Kuryel on 'what art can do', Rob van Kranenburg on 'technology and agency', and Loic Wacquant on 'urban desolation, ethnoracial domination, the penalization of poverty, and the first society of advanced insecurity'. 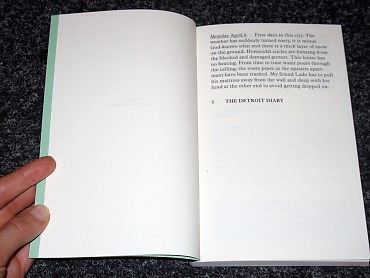 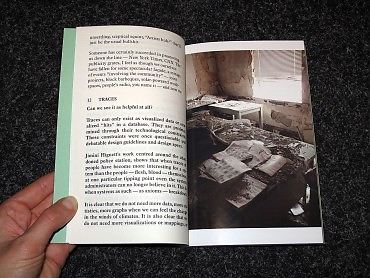 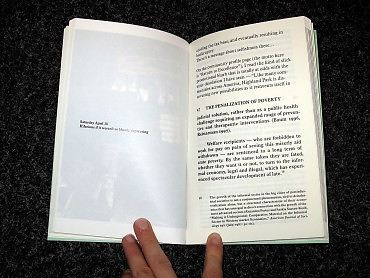 What qual­i­fies as a Swiss book?: A book is con­sid­ered a Swiss book when it ful­fils at least one of the fol­low­ing three cri­te­ria: the book was de­signed by a Swiss de­signer, the pub­lisher has its head­quar­ters in Switzer­land, or the printer has its head­quar­ters in Switzer­land. The jury's cri­te­ria: In judg­ing the sub­mis­sions to the com­pe­ti­tion, the jury takes into ac­count each book's over­all con­cept, graphic de­sign and ty­pog­ra­phy, and pays par­tic­u­lar at­ten­tion to in­no­va­tion and orig­i­nal­ity.