Women of Waalo - Quitte le Pouvoir / a film about resistance, female leadership and the struggle for power during the presidential elections in Senegal in 2012 / made by Aida Grovestins (director) & Machteld Aardse (DAI, 2007) (animations). Soundtrack: Julien Grossmann (DAI, 2008). 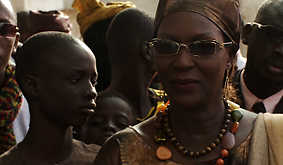 The first female presidential candidate Amsatou Sow Sidibé gives hope for real political change in a country where the ruling president Abdoulaye Wade (86) is trying to keep himself and his son in power. Sow Sidibé is a candidate with clean record. Meanwhile group of young rappers, risking their lives, mobilize the people onto the streets in protest against Wade. In the turmoil of the country, both the rappers as well as Sow Sidibé are confronted with the power manipulations of Abdoulaye Wade. Drawn animations and music give a layer of commentary which refers to an old Senegalese story of ultimate resistance. 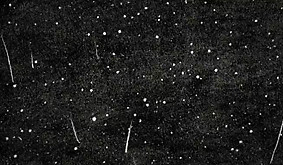 During the summer we have started on the editing of the film, making more animations and the music.
We, Aida (director) and Machteld (maker of the animation artwork) now work together with Aart Jan van der Linden (film editor) and Hanneke van der Linden (digital animator) for the editing of the film. In addition, we work with Julien Grossmann (soundtrack) and a special guest from Dakar: Cheikh Diarra (translator Wolof-French and member of Y'en a Marre.)

We will soon be showing the first previews of the film at several venues in Amsterdam. In addition, we will soon once again be starting an online crowd funding campaign on eu1.tv in order to find financing for the final editing. On the 18th of september from 20:00 Cheikh, Aida and Machteld will be giving a presentation at Bookstore Project, where Cheick will be rapping.

Welcome at The Bookstore: Ernest Staesplein in Nieuw West Amsterdam.

For more information refer to our Facebook page and Twitter (@WomenofWaalo), and soon on our crowdfundingsite on eu1.tv

More about Y'en a marre: 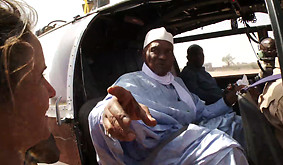