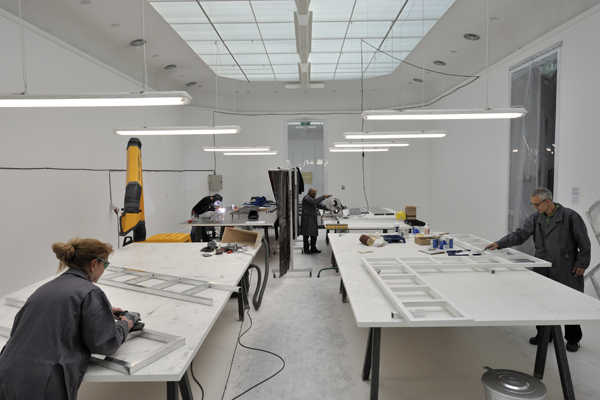 The Van Abbemuseum's course with the DAI will focus its attention on the core research area of the museum - discussing, problematising and implementing the notion of 'Useful Art'. Art's perceived role in and value to society is changing. With the demise of ideological binaries between east and west, avant-garde art is no longer positioned as a symbol of a liberal, free society. This means the question of art's 'use' or 'use-value' to society has to be re-calibrated - for artists, institutions and the public we address. This allows us to re-think art not as an autonomous activity, detached from the world, but rather as a tool to be used. For the Van Abbe, this means we must consider again our function and role as a public museum for modern ant contemporary art. Drawing on the historical examples of John Ruskin and his nineteenth century 'Mechanics Institute' to contemporary practitioner Tania Bruguera, the notion of art's use and role in society can take on many forms, from aesthetic experience to socially informed practice that functions outside the 'designated' spaces for art. The course 'Useful Art' will include monthly sessions with heads of departments in the museum, including collections, research, exhibitions and mediation who will use the DAI course to consider how the idea of 'Useful Art' affects and influences their roles in the museum. International guest speakers, who are collaborating with the Van Abbemuseum, will be invited to present their research and respond to the work of DAI students. The course will culminate in a project in Eindhoven in July 2013, drawing on the areas explored throughout the year.

See also an interview in MetropolisM where Charles Esche, the director of the Van Abbe Museum talks about L'Internationale, the new confederation of European museums: 'The affinity between all the institutes is located in a wish to rethink the model of the museum from the perspective of public "use" or relevance.'  Read more

Read more about the Van Abbemuseum

Read more about the Co-op Academies' place within the DAI's curriculum.