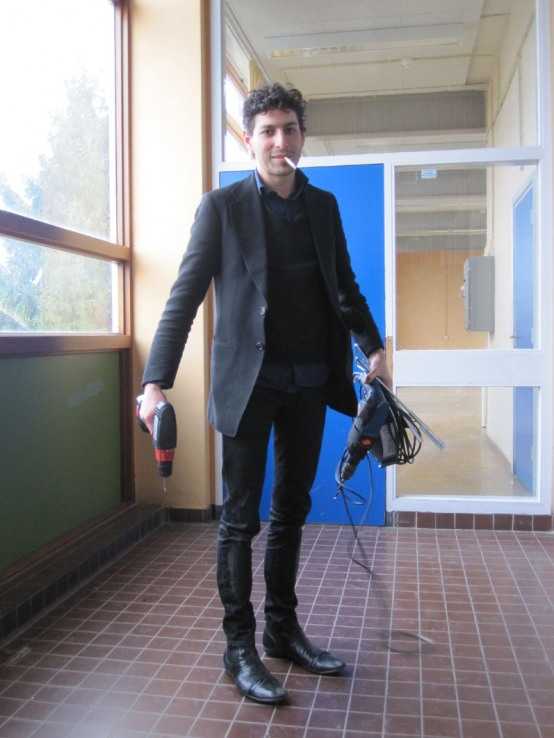 Taf Hassam (1980, UK) is an artist and organiser. He studied Photography and English Literature in Brighton and later settled in Ireland where he had an active role in the art, theatre and music scenes. In 2005, he moved to Amsterdam to study at the Gerrit Rietveld Academie (NL) receiving a Bachelor in Fine Art and an Honours Degree in Artistic Research & Scientific Practice. Between 2008 and 2010 he completed a Master in Fine Art at the Dutch Art Institute.

Taf Hassam’s work oscillates between photography, text, performance, and sound, and often assumes curatorial and editorial roles as forms of artistic practice. Generally his work deals with activating what he calls ‘the dead space’ of the conventional exhibition model, while highlighting the interrelationships between cultural production and politics. His practice extends to producing homemade publications, music events, lectures, exhibitions, and his topics can range from questions surrounding self-organisation, marginalised and fictionalised histories, to the history of free expression in music. In 2010, he co-founded Goleb, an independent art space in Amsterdam.