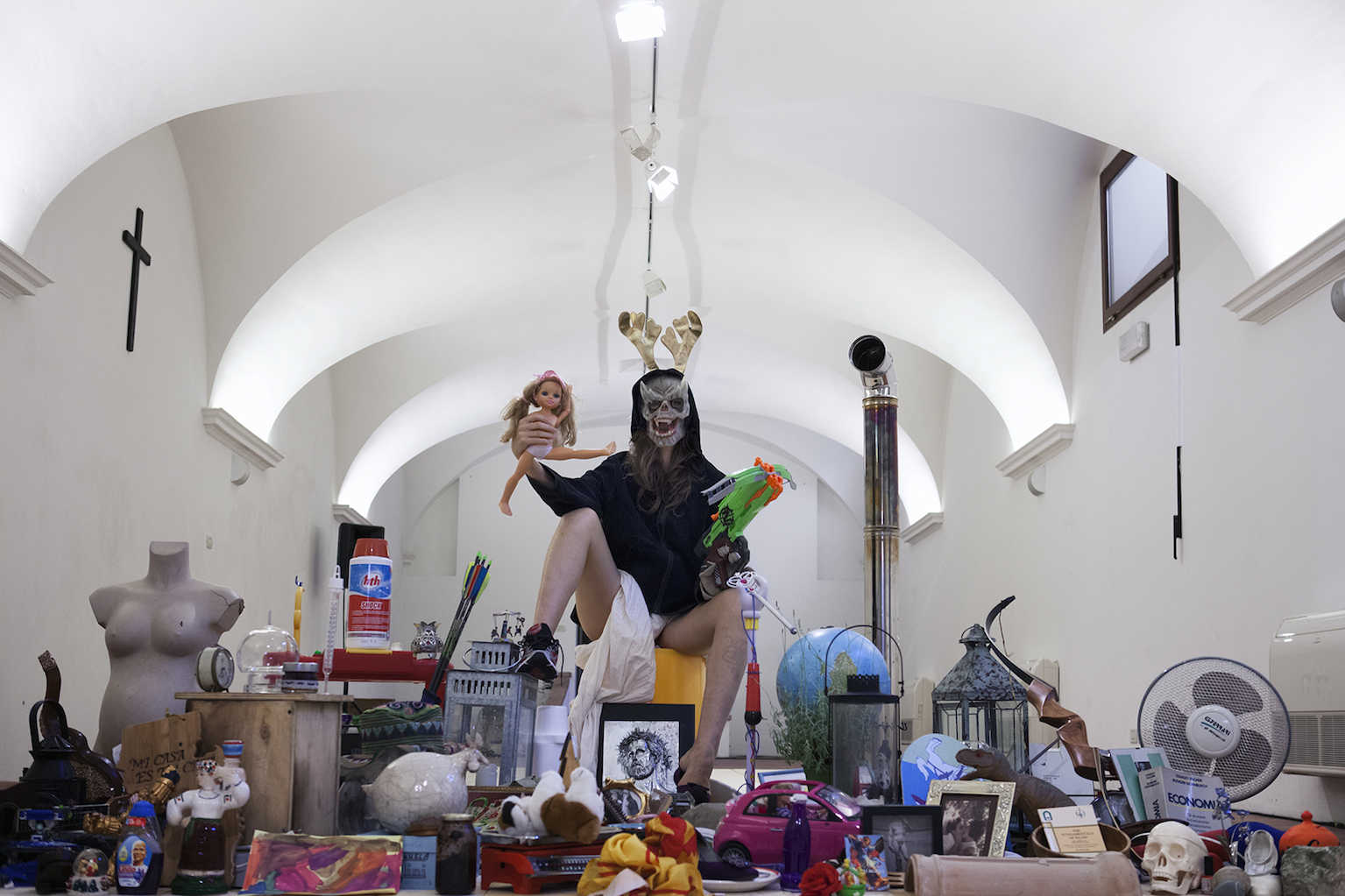 Through her work Veridiana Zurita seeks to exercise dynamics of relation between self and other and its possibilities of voicing new subjectivities. She works with appropriation, re-enactment and the creation of strategies in order to develop her artistic research.

Her projects include, Host Me And I Cook For You, where Veridiana sleeps at a stranger's house in exchange for a dinner where the hosts are invited to talk about the family constellation. While working for one year at the artistic research center of a.pass in Brussels (2014/2015) she initiated two main ongoing projects; Don't Eat The Microphone in which she developed a practice together with the residents of the psychiatric hospital Dr. Guislain in Ghent, Belgium, where microphones, effect pedals, textiles, vinyl discs, coffee, cigarettes, and other objects were used as tools for voicing the mood of the participants; and Televizinho in which she invites the dwellers of the river side community Santa Isabel in the Amazon, Brazil to re-enact Brazilian soap operas together. Her recent exhibitions and performances include: the Santarcangelo Festival 2015, Italy and Nervous Systems: Quantified Life and the Social Question at HKW, Berlin.

Based in Brussels, Veridiana performs and publishes across Europe and throughout Brazil. Introduced to DAI by the Sao Paulo based scholar, composer and musician Sergio Basbaum (who guest lectured at the DAI) Veridiana began her research period at the DAI in 2008, where she published “Life Is Too Short”, a manual followed by a series of re-enactments of self-help videos found on youtube. More recently, she published texts here about her working process as an associate researcher at a.pass.