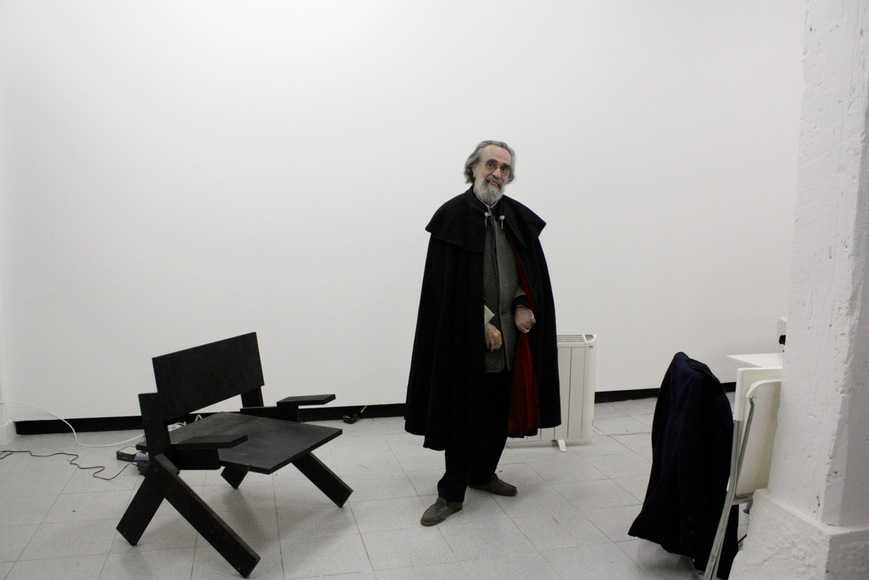 On Sunday 26 February at 4pm in hetveem Theater in Amsterdam, If Can’t Dance and Bulegoa z/b present 18 pictures and 18 stories with three invited storytellers that respond to a new work by Spanish artist Isidoro Valcárcel Medina. Speakers Moosje Goosen, Esteban Pujals Gesalí and Emilio Moreno will each tell a story on the basis of one photograph from Valcárcel Medina’s new work Performance in Resistance, which will be on view during the presentations. Following hetveem theater, 18 pictures and 18 stories will travel to different institutions in- and outside Europe, engaging different speakers in every installment, and beginning with Bulegoa z/b (Spain) and CACBretigny (France) in Spring 2012 and traveling onward to a.o. the Museum of Contemporary Art of the University of São Paulo (MAC USP) in Fall 2012.

Exactly one year ago, If I Can’t Dance invited Valcárcel Medina and Bilbao-based collective Bulegoa z/b to partake in a comprehensive research project as part of the programme Performance in Residence. With this programme, If I Can’t Dance considers past performances in the light of current artistic practice. Valcárcel Medina immediately responded to our invitation with Performance in Resistance, a series of 18 photographs that dislodge his past performances from their historical frame. In the photographs, he presents 18 different actions he performed in different cities between 1965 and 1993. Many of these actions were never documented, and thus the new work addresses the frictions between the live moment and the document, past and present, fact and fiction.

For 18 pictures and 18 stories, three invited speakers tell a story on the basis of one of the eighteen photographs. Moosje Goosen, Esteban Pujals Gesalí and Emilio Moreno each continue Valcárcel Medina’s unsettling of the historical past with their fabulations. Moosje Goosen is an independent writer based in Rotterdam. Esteban Pujals Gesalí is a lecturer of English Literature, translator and poet based in Madrid, who has written extensively on the work of Valcárcel Medina. Emilio Moreno is an artist based in Amsterdam and has closely followed the research project so far. During their presentations, Valcárcel Medina is available on the phone for any question the audience or speaker might want to ask him.

After the kick-off in Amsterdam the project travels to institutions abroad, and only comes to a close when 18 stories have been told. The stories will be collected in a publication that offers host to all the voices, interpretations, facts and fictions that are told during the tour of 18 pictures and 18 stories.

The start of the research project by Bulegoa z/b and Isidoro Valcárcel Medina for Performance in Residence took place in hetveem theater in February 2011. Click herefor information and pictures of the evening.

Biographies
Isidoro Valcárcel Medina (Murcia, 1937) is an important representative of conceptual art in Spain, hardly known outside of Spanish speaking countries. His body of work includes performances, sound pieces, architectural projects, installations and books. From his early practice up to the present day, he has asserted a critical attitude towards both art institutions and the art market, developing instead situations and scenarios that allow him to engage in a more directly affective relation with his audience.

Bulegoa z/b is a collaborative initiative based in Bilbao, Spain. Its members, Beatriz Cavia, Miren Jaio, Isabel de Naverán and Leire Vergara come from backgrounds in both visual arts and social theory. Their initiative, an ‘office for art and knowledge’ is created around a common interest in processes of historization, cultural translation, performativity, the body, postcolonialism, social theory, archival strategies and education. Their varied professional backgrounds allow for a myriad of methodologies within their many projects. Bulegoa z/b has conceptualized the curatorial format for 18 pictures and 18 stories.

Moosje Goosen is an independent writer based in Rotterdam. She studied Cultural Analysis at the University of Amsterdam and contributes regularly to Metropolis M and Frieze, amongst others. She has written for, or in collaboration with a number of artists, and is a research/writing member of the Uqbar Foundation, initiated by artists Irene Kopelman and Mariana Castillo Deball. For Uqbar, she is currently developing a book series, titled A Certain Chinese Encyclopedia, the first two volumes of which (on phantom limbs and dinosaur fictions, respectively) will appear next year.

Esteban Pujals is a poet and teaches British and American literature at Universidad Autonoma de Madrid. His publications include La lengua radical (an anthology of “Language” poetry of the 1980s and 1990s, Gramma, 1993), the study and translation of works by T.S. Eliot, Cuatro cuartetos (Cátedra, 1990); Gertrude Stein, Botones blandos (Abada 2011); John Ashbery, Galeones de abril (Visor, 1994), and Lyn Hejinian, Mi vida (Acto, 2011), as well as articles and essays on poets whose writing ocurrs on the borderline between poetry and the visual arts, such as Ian Hamilton Finlay, Tom Philips, Rogelio López Cuenca or Isidoro Valcárcel Medina. He has also written on Stéphane Mallarmé and Velimir Khlebnikov, as well as on the general problems surrounding the formal description and the historical articulation of the writing practicies generated by modernity.

Emilio Moreno is a Spanish artist who studied English Literature at the University of Salamanca and completed his MFA-Photography at EFTI (Madrid) in 2006. In 2011 he graduated from the Dutch Art Institute MFA/ArtEZ. His work investigates the different notions of value and objecthood. His project Other Issues was part of the recent group show The Grand Domestic Revolution (Casco, Office for Art, Theory and Design, 2012. Utrecht, NL), and he has contributed his research to the second publication of the Autonomy Project (Van Abbemuseum/Onomatopee, NL). Emilio currently teaches at the Gerrit Rietveld Academie (Amsterdam, NL).

http://www.ificantdance.org/Agenda/Current+Upcoming#
(Emilio Moreno is an 2011 alumnus of the DAI) 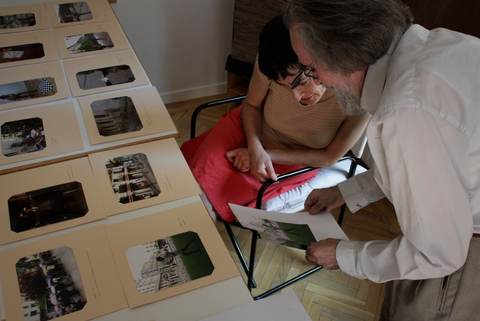