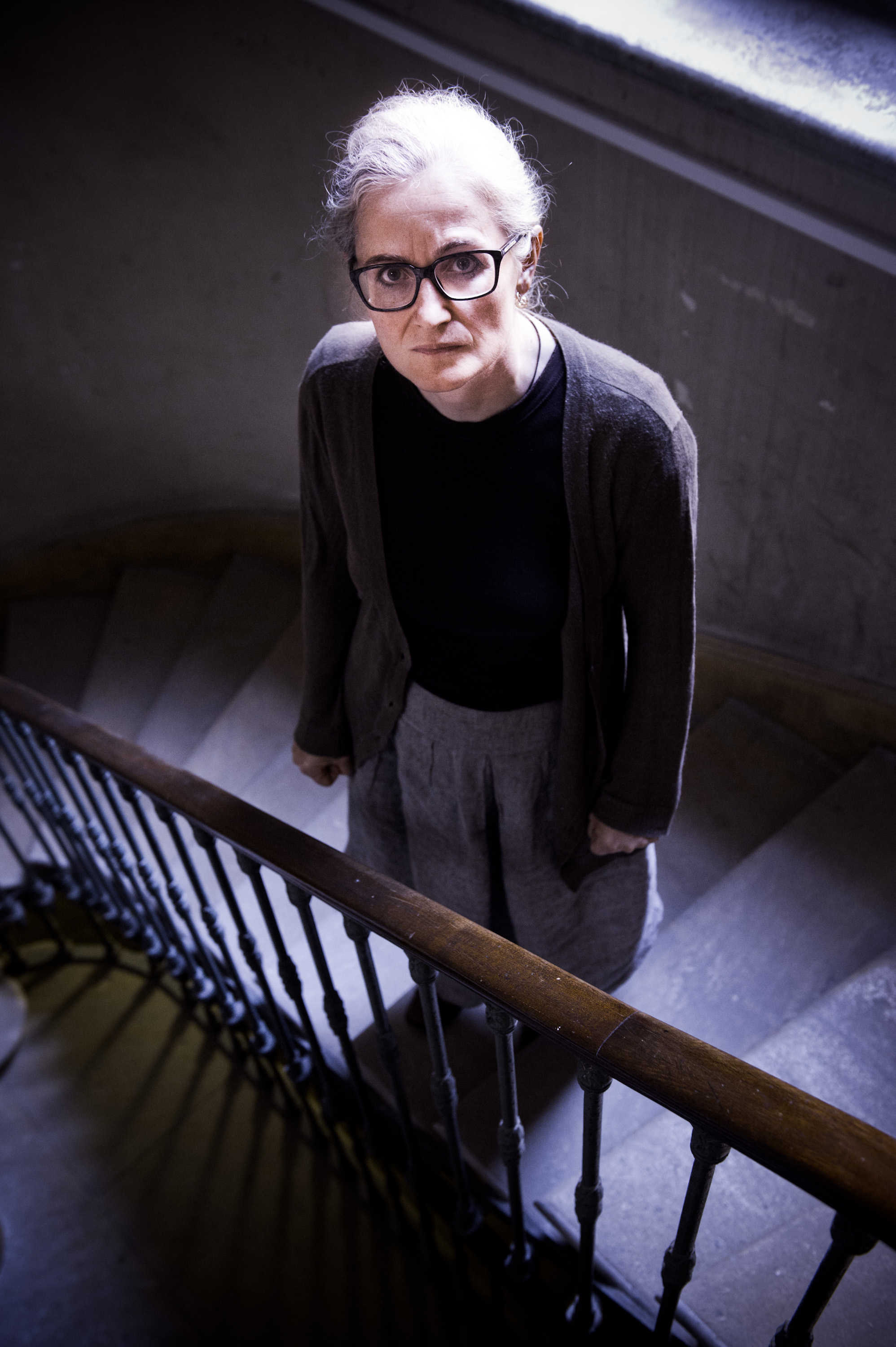 Dramaturg, choreographer and teacher, Claudia Castellucci founded, along with Romeo Castellucci and with Chiara and Paolo Guidi, the Societas Raffaello Sanzio, a theatre company active from 1981 to 2006, the year in which it was transformed into Societas, making way for distinct artistic developments for each of the founding artists.

Since the years of her artistic schooling (Liceo Artistico, Architectural Section, and Accademia di Belle Arti, Bologna, Painting Section), she has always continued to produce art. In 1989 she founded the Scuola teatrica della discesa, a group of young people who met regularly for five years, combining gymnastics with a practice of philosophy. In the following years, her studies broadened to include rhythmic movement, and in 2003 she founded the Stoa, a school that lasted five years, during which the Balli were created, dances marked by an interpretation of movement that considers time as the main dimension.

In 2015, she founded the School Mòra, which became a Company in 2019, with which she created the dance Verso la specie, that takes as its model the metrics of archaic Greek poetry; the meta-dance All’inizio della città di Roma, which deals with the first social transactions of humanity when dealing with mass urban life, and the dance Il trattamento delle onde, based on the sound of bells. This was followed by Fisica dell’aspra comunione, a dance based on Olivier Messiaen’s Le Catalogue d’Oiseaux, with a live piano performance by Matteo Ramon Arevalos.

At the 2020 Venice Biennale, Claudia Castellucci was awarded the Silver Lion for the Dance Section directed by Marie Chouinard. In 2021, La nuova Abitudine, a dance based on Znamenny chant, an Orthodox liturgical chant with ancient Greek roots which come together with the rural tradition of Russian music; the Dancers shared the stage with four Singers from the musicaAeterna Choir.