The first edition of the City of Women festival, conceived by Iva Kovač (DAI, 2020) (in the picture she is the one wearing glasses), is, according to Iva, "just around the corner": Ljubljana, Slovenija. It begins on the 6th of October with an opening program dedicated to issues of decolonization of Southeast Europe. The City of Women festival features several DAI alumni: Rana Hamadeh (DAI, 2009), Anna Dasović (DAI, 2014), Bambi van Balen (DAI, 2022) as well as current student Max*ine Vajt (DAI, 2023). Find the link to the festival, to THE SOUTH IN US: CONSTRUCTING AND PERFORMING IDEOLOGY and other subprogrammes here. 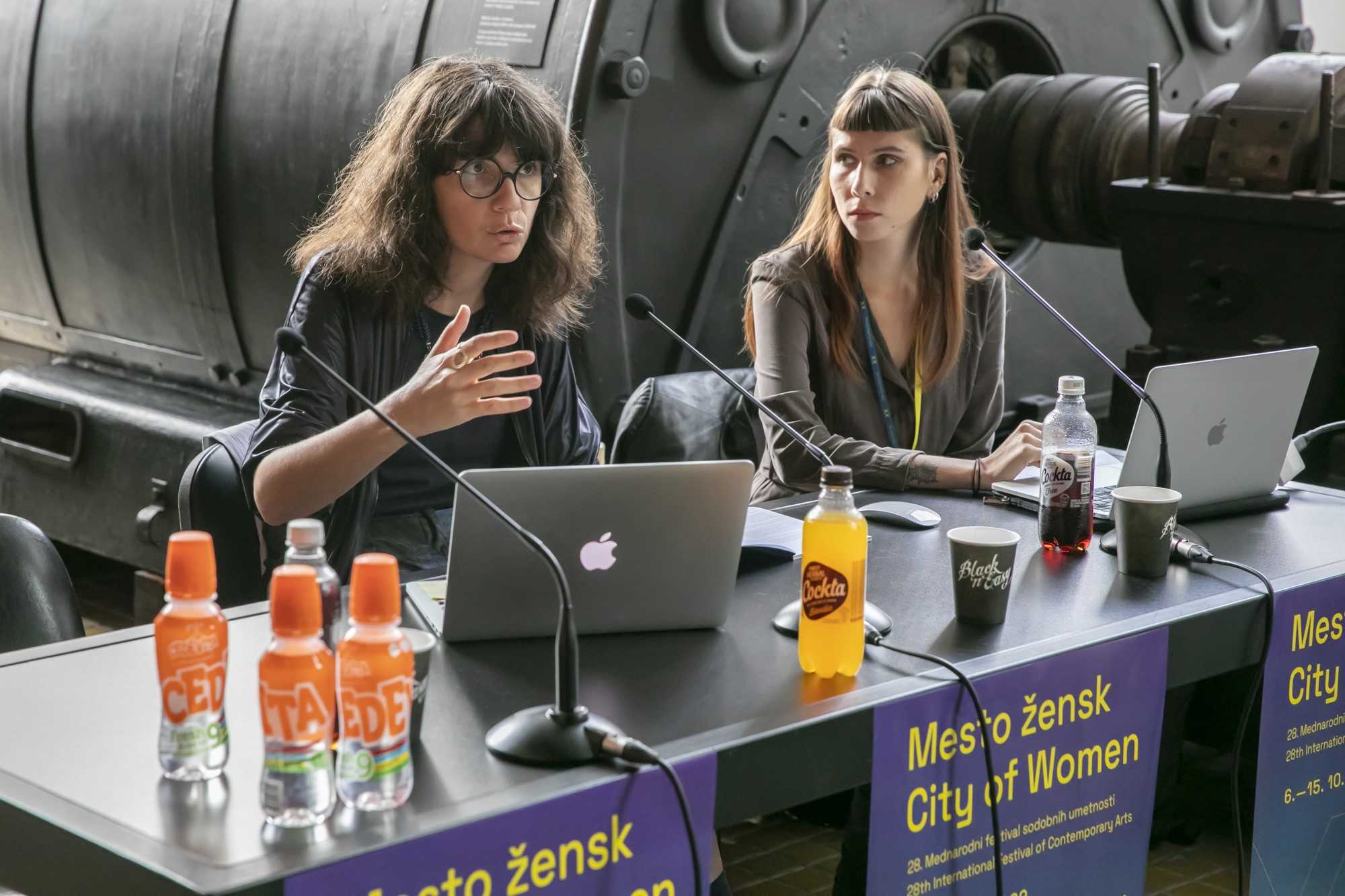 Wishing to find paths beyond the narrow frames imposed upon us by capitalism, imperialism, racism, nationalism, and the patriarchy, this year’s festival focuses on intersections between gender and race. It raises the unpleasant question of who degrades whom in order to lift themselves up, and who benefits from this on a systemic level.

Welcome to Ljubljana, the City of Women!

THE SOUTH IN US: CONSTRUCTING AND PERFORMING IDEOLOGY

Rana Hamadeh ~ Can You Make a Pet of Him Like a Bird or Put Him on a Leash for Your Girls?