"IN THE TWELFTH BERLIN BIENNALE, images of Iraqi torture and sexual abuse victims have been blown up and arranged into a maze of crude entrapment. The walls of this maze reproduce the photos taken by American soldiers at Abu Ghraib prison and leaked in 2004, one year after the US-led invasion of Iraq. This edition of the Biennale is said to be centered on decolonial engagement, to offer “repair . . . as a form of agency” and “a starting point . . . for critical conversation, in order to find ways together to care for the now.” Yet the Biennale made the decision to commodify photos of unlawfully imprisoned and brutalized Iraqi bodies under occupation, displaying them without the consent of the victims and without any input from the Biennale’s participating Iraqi artists, whose work was adjacently installed without their knowledge. Who is given agency in this form of “repair”? Certainly not the Iraqi victims in the photos, nor the Iraqi artists who participated in the Biennale, nor the Iraqi viewers who were retraumatized by this callous restaging of one of the United States’ most notorious war crimes". ~ ~ ~ Read (and please SIGN) the Open Letter "Beyond Repair: Regarding Torture at the Berlin Biennale" (which was originally published on 29 July, 2022 in Artforum) here. 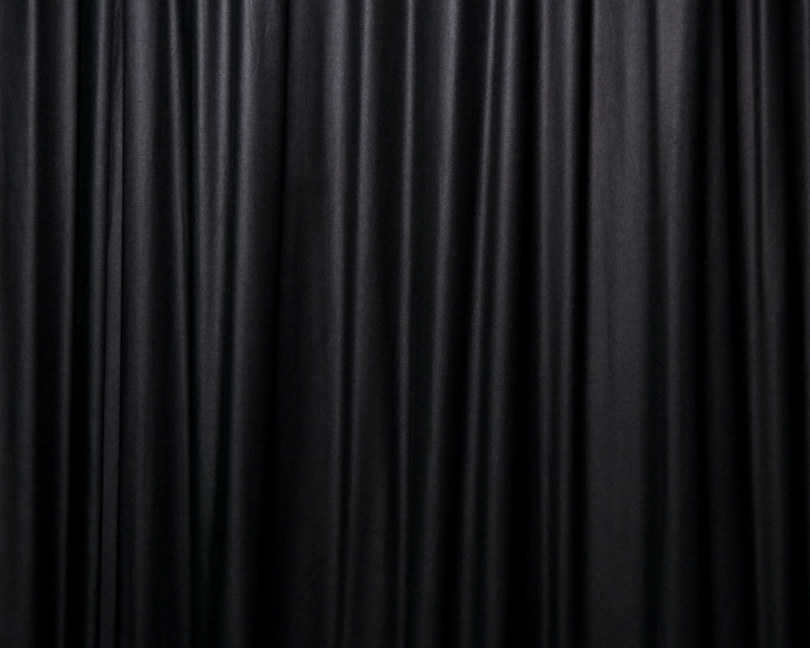 At the Hamburger Bahnhof museum, one of the Biennale’s venues, I enter a room with Sajjad Abbas and Layth Kareem, two of the three Iraqi artists exhibiting in this edition. I had introduced Abbas and Kareem’s work to the Biennale, lent a painting by artist Raed Mutar to the show, and contributed catalogue texts on their work. I first got to know each of these artists in Baghdad, where they lived and made the selected works between 2011 and 2014, the period immediately following the American-led withdrawal of occupation forces. In public intervention, video, and painting, the artists unequivocally address the act of consuming their undoing-as-human, and the impossibility of ever communicating what that feels like.

I view Abbas, Kareem, and Mutar’s cutting, sweeping work, and a curtain. The second half of Abbas’s work is on the other side; I have to go through the curtain to see the rest of his installation. As I do, I am presented with an installation by Jean-Jacques Lebel titled Poison Soluble. It is composed of images printed to life-size: the charred skin, limbs, and hooded faces of the Iraqi men abused and murdered at Abu Ghraib.

I see the white female soldier grinning over the arrangement of bodies piled together, and I am eye-level with a faceless person forced to hold his genitals. I see a corpse, the dead still waiting. Still waiting to give their permission the first time, the thousandth time, and this time is no exception. I’m forced to see them once again simply to view the second half of Abbas’s splintered work.

At the exit of this cruel labyrinth is Abbas’s I Can See You, 2013, an outline of his own eye printed onto a massive banner originally placed on a building facing the Green Zone in Baghdad and emblazoned with the words of the title. It casts a powerful judgment on the United States military, their billion-dollar embassy, contractors, illegitimate governments, and corporate dealers that, to this day, invade and pillage and dry up every piece of flesh and soil they can squeeze something—blood, money, gratification—out of. Abbas’s eye and the physical, political risks he took to mount it embody a fierce insistence on agency and accountability. It is the antithesis of the vile, voyeuristic scenes behind the curtain. I see the eye and turn to Abbas. All I can say is that I am sorry. That I should have known better than to trust an art world that finds culture in our flesh.

To the right of Mutar’s painting and below the first part of Abbas’s work was a trigger warning, meant for those entering Poison Soluble. Those who put up this warning chose to place work by young Baghdad-based artists around and beyond the Lebel installation. These artists were invited to an exhibition in which they could not view their own work, or that of their peers, without having to navigate through a space the organizers acknowledge could “trigger negative or retraumatizing reactions.”

There is nothing in the work that points to missing information, to anything we haven’t already seen. The images that flooded global media two decades ago only made visible the United States’ ability to move the world to hate and abuse the Iraqi body. Images of leashing, electrocution, and mass rape reinforce the long-standing portrayal of the Arab, the Iraqi, as animal, both disposable and in need of being controlled, warred upon. This work did nothing but enforce and enlarge these tactics.

Kareem and I take part in a conversation as part of the Biennale’s public program. Our final exchange addresses his video work—created with friends and other Baghdad residents who share their experience of living with the constant specter of violence—in contrast with the Abu Ghraib work, which reproduces the asymmetrical power inherent in the photos void of respect or repercussion. Kareem responds by calmly informing the audience that he has family members who were imprisoned at Abu Ghraib. He points to what is missing in the bright yellow trigger warning at its entrance: “They haven’t given their permission. I can’t accept this.” A few minutes later, Kader Attia, the lead curator of the Biennale, is onstage, providing a rationale for the work’s inclusion: We should understand the photos must be seen for political change to take place.

But Kareem, I, and the whole world have already seen these photos. At the height of their circulation in the early years of the coalition’s occupation of Iraq, there were no consequences, political or otherwise, outside of Iraq. The images remain online and in the public’s register of “iconic” photographs. In Berlin, they are simply bigger and even further decontextualized. They are explained in the warning as a “prompt for engaging with anti-racist and anti-war movements.” Yet a basis for political action is nowhere to be found in this presentation of images, nor is an understanding of the immeasurable, ongoing pain they inflict. The Iraqi women raped and tortured at that same prison never had their photos released. Maybe those images would have proved too obscene, turning the public on the occupation in a way that might have mattered. If the photos of those Iraqis were available, would they have been permitted to serve as a “prompt”? Still worth the price of using Iraq’s catastrophe and victims as political art?

The artists—Sajjad Abbas, Raed Mutar, and Layth Kareem—each have an art practice informed by their own very real experiences resisting this violence. And yet their work was used by a curatorial authority that failed to consider them as partners in the exhibition, or as Iraqi citizens who would never agree to sharing space with what was done at Abu Ghraib. No respect was paid to the subjects of those images, nor was any extended to the Iraqi artists whose work was used in a torture spectacle and whose trust in the Biennale was violated. The tethering of the show’s Iraqi artists with Iraqis undergoing physical and sexual torment turned their artworks into a sordid window dressing for their fellow citizens’ transgressed bodies.

The result undermines the intent of their original work as well as the magnitude of the atrocities, providing only more evidence that the struggle to assign value to Iraqi life continues in politics and in culture. The outcome of all of this is a familiar sadness. Must Iraqi artists ask, when they are included in exhibitions, if the curatorial premise demands that there be torture victims nearby?

Before we walked into the museum, we were happy to share our work in Berlin, where many diaspora Iraqis now live and where we have long heard of the German capital’s support and draw for artists. But we, and every Iraqi we met who saw the work in question, were deeply disturbed, and felt betrayed by this inclusion. By this insistence on insensitivity to, and devaluation of, lived Iraqi experience. Experience formed by a coalition of nations waging decades of globally sanctioned violence on civilian residents, resulting in over one million Iraqis dead and millions more in flight. Discussion of these images and the legacy of war-making in Iraq go far beyond this one event, but after much thought and reflection, our participation demands this response to the Biennale’s question of how to “care for the now.”We know at least one curator, Ana Teixeira Pinto, resigned from the Berlin Biennale team due to her objection to the Abu Ghraib display. Sajjad Abbas succeeded in removing his piece from that museum after a month of negotiation. It is shown publicly in another building across the city. Raed Mutar has requested his artwork be moved as well. None of this has been enough for the Biennale’s leadership to reconsider their inclusion of the work or to recognize the rights of Iraqi artists to be consulted and to be heard. But the voices of Iraqis exist, and as the artist Layth Kareem stated, he is one of them. So are we. And we stand firmly against this unconsidered reproduction of the invader’s crimes.

This text was originally published on 29 July, 2022 in Artforum.