Yen Noh (DAI, 2019) likes to share this open call for participating in the In Between Seances study group that she is organising at BAK this fall as part of the public program/exhibition The Hauntologists. In Between Seances is a multi-phased project that engages with the work and life of Theresa Hak Kyung Cha (1951-1982), the Korean American writer, filmmaker, and artist. Yen: "it’d be lovely to have some DAI folks in the study !" The open call deadline is July 24. 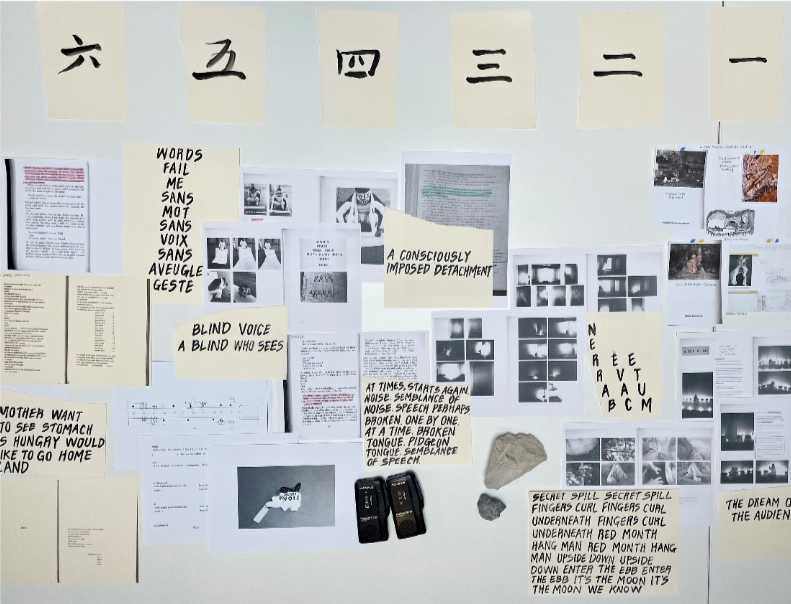 In Between Seances is a multi-phased project that engages with the work and life of Theresa Hak Kyung Cha (1951-1982), the Korean American writer, filmmaker, and artist. It initiates a collective study group as part of The Hauntologists (10 September–13 November 2022) and takes place at BAK, basis voor actuele kunst, Utrecht.

The In Between Seances study group revolves around Cha’s experimental and genre-bending novel Dictee. The novel combines autobiography with historical, ethnographical, and auto- ethnographical elements to articulate Cha’s experience as an Asian immigrant woman marked by the histories of racialized and gendered violence. The dispossession of language across generations and borders is what prompted Cha to initiate Dictee, which traverses distant narratives of histories and political traumas, weaving them into something “anti-documentary” or unarchivable, in resistance to the deed of history writing. It is in this gesture that Dictee invites the reader into an experimental space in which seemingly remote voices of struggles are summoned and carried out, both singularly and collectively. The In Between Seances study group critically engages with identity and seeks to perform it otherwise. Throughout various collective experiments, the group develops a collaborative “character portrait” of the diseuse. Neither translatable nor legible, Cha’s diseuse hovers between the histories of voices, generating disruptive lines of tones, rhythms, and gesture.

The seances are composed of group reading, listening, and commenting; walking and film screening; conversing; and scripting—each and all become writerly gestures inhabiting and growing the study space, which is constituted by Noh’s installation In Between Seances. Together, the site and the seances seek to enact a spatial, sonic, and textual intervention in Dictee and Cha’s larger oeuvre. The contents and materials of the seances are composed in collaboration with writers, poets, thinkers, and artists such as Hangil Jang, Sora Han, Marina Papazyan, and Hypatia Vourloumis, among others.