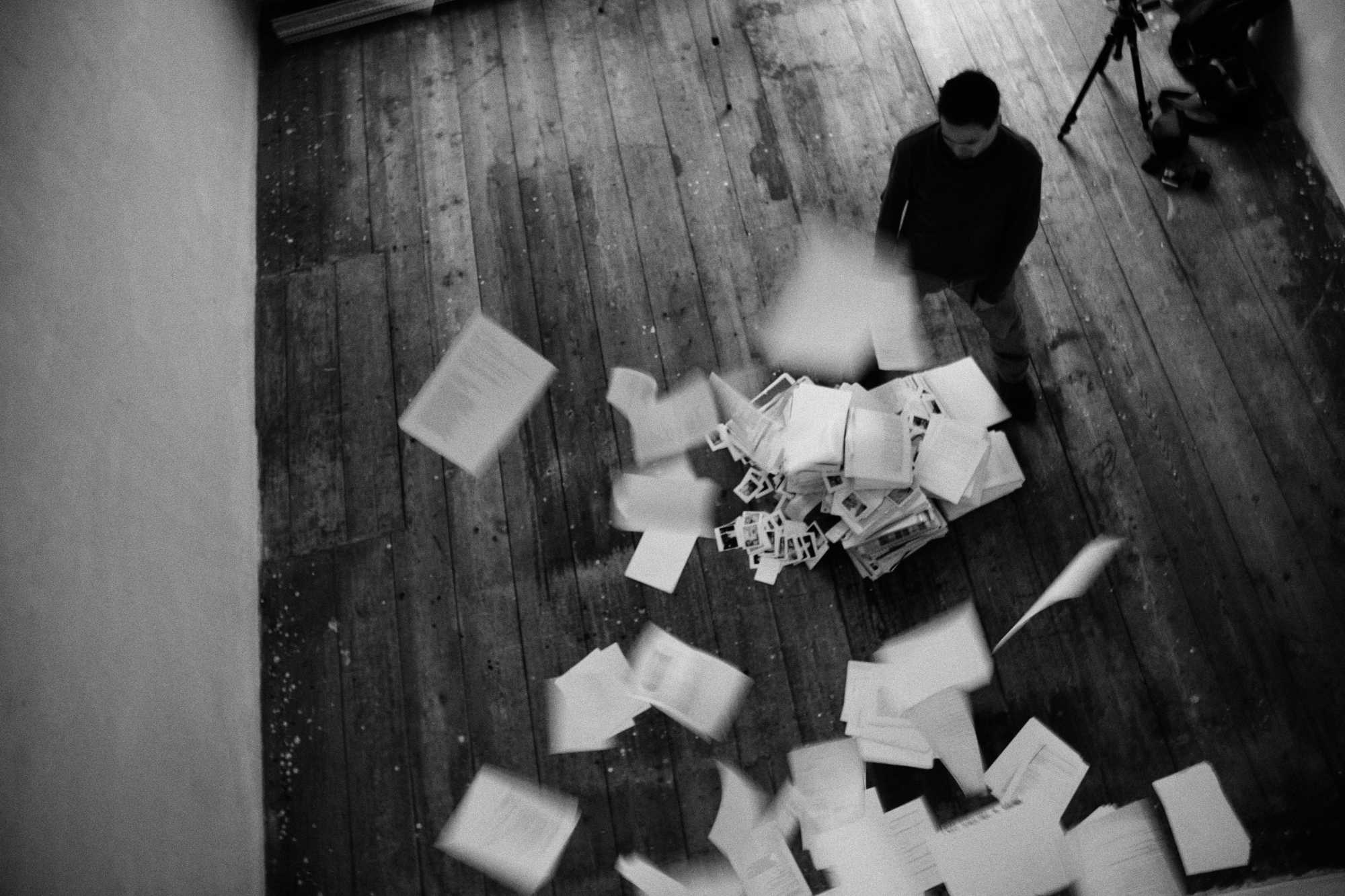 Nico Dockx (1974) works as a visual artist, curator, publisher and researcher with a fundamental interest in archives. His interventions, publications, texts, sounds, images, installations, performances and conversations —which are usually the result of collaborations with other artists— embody the relationship between perception and memory, which he interprets differently each time.

His work has won him a DAAD grant in Berlin (2005), and various prizes like Le Prix Jeune Peinture Belge —the Emile & Stephy Langui prize (2009, together with Helena Sidiropoulos). Since 2000 he has exhibited his work at home and abroad and has published more than forty artist's books with his independent imprint Curious. He is co-founder of interdisciplinary projects such as Building Transmissions (2001–2009),  Extra Academy (2011—…), A Dog Republic (2012—2020), and la Galerie Imaginaire (2015—…, together with Sébastien Delire). He collaborates with Lightmachine agency in Ghent.

Together with Louwrien Wijers, Egon Hanfstingl and many other collaborations, he has been working on his PhD project The New Conversations at the Royal Academy of Fine Arts Antwerp and which he obtained in 2014 at CAC Brétigny upon invitation of curator Pierre Bal Blanc. He also co-organized with Pascal Gielen the summer schools Mobile Autonomy (2015) and Making Public Domain (2017)/ Commonism/ Swamp School (2018) with accompanied books on Valiz Publishers Amsterdam. He is currently editing and designing a prospective catalogue with his archives reflecting on twenty years practice, and just started a new educational program Expanding Academy together with curator Judith Wielander at the Royal Academy of Fine Arts Antwerp involving Otobong Nkanga, Nuno Vasconcelos, Maarten Desmet, Louwrien Wijers, BLESS,... and many others.