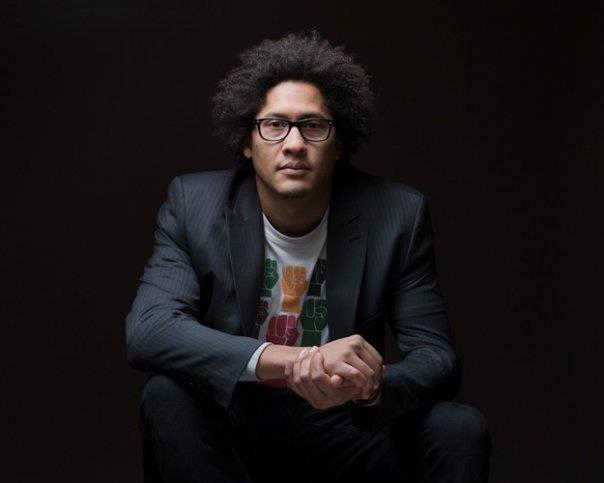 Antonio José Guzman (Panama City, 1971) is a Dutch-Panamanian artist.  He lives and works in Amsterdam, Panama City and Dakar. Guzman’s work includes films, documentaries, photography, installations and publications. Besides his individual art practice, Guzman is the founder, curator and director of The State of L3 Contemporary Arts & Film Collective Exchange, established in 2006. The State of L3 works internationally on art, multimedia exchanges, modern tendencies and political issues. In his work, Guzman focuses on topics like DNA, migration and gravity.

The State of L3 is a Pan African art collective based in Amsterdam, Dakar and Recife. These three cities were part on the former Dutch transatlantic triangle. The State of L3 collective consists of three artists: Antonio Jose Guzman (Amsterdam), Abdulaye Armin Kane (Dakar) and Felipe Peres Calheiros (Recife). For The State of L3, every artist is working on developing his own ethno-graphical vision of the project, inspired by the personal investigation and creative language of six youngsters with African background, and in collaboration with their own platforms and organizations.

Antonio Jose Guzman's two former projects (The State of L3 and The Day we Surrender to the Air) involved a search for African identity on three different continents: Africa, Latin America and Europe; by means of a documentary, a publication, a database of African art, an exchange project with artists of African descent in the three continents and several exhibitions in Europe and Africa.