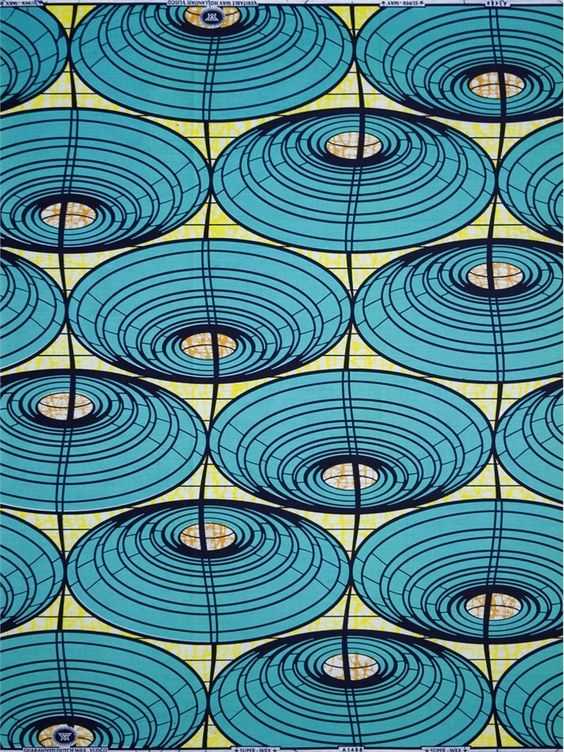 A series of lectures curated by Gabriëlle Schleijpen for DAI and hosted by the MMKA in preparation of a project that will bring all DAI-students to Dakar in May 2012. Guest lecturers: Alanna Lockward, Kiluanji Kia Henda, State of L3, N'Gone Fall, Akinbode Akinbiyi and Koyo Kouoh (Raw Material Company, Dakar).

SHIFT IN MY THINKING*

The Dutch Art Institutein collaboration with the MMKA (Museum for Modern Art Arnhem)and presents a series of 6 lectures, taking place at the MMKA on the following Wednesdays; October 19, November 30, January 11, February 8, March 21, April 18.
Always from 3-5 pm

SHIFT IN MY THINKING emerged from the shared need for a discursive underpinning of two in themselves unrelated projects, an exhibition on "Wax Hollandais" at the MMKA and DAI's Roaming Academy in Dakar.

MMKA: from January 28 till May 6 the exhibition Six Yards Guaranteed Dutch Design curated by Suze May Sho will pay homage to Vlisco fabrics. More then a hundred years old, born in Indonesia, designed in The Netherlands, loved in Africa and desired in the West these colourful fabrics find their way to the catwalks of Paris, the markets of Ghana and the galleries of London and New York. The exhibition Six Yards focuses on all relevant angels, from it’s presence and meaning in the work of Yinka Shonibare to the oral tradition of the tales the fabrics evoke.

DAI: in 2012, from May 3 till May 16, master students and professors from the DAI will embark on a trip to Dakar in Senegal where they will not only attend the opening of the African Contemporary Art Biennial  Dak’Art 2012 but also engage in practical collaborations. Thus they will be introduced to lively aspects of Africa’s contemporary art & urban culture scenes and invited to reflect on how each‘here’ is always linked with an ‘elsewhere’.

Mediations of the Self, African Contemporary in Transformation.

The terrain of artistic and intellectual practice in Africa is in rapid change. New spaces, new climates, new languages of negotiations and mediations are arising on the landscape. The age of representation and advocacy of the late eighties through the early 00's is gradually replaced by a new generation of practitioners interested in the power of localities and their environments. This talk/workshop will engage with significant voices in that field to draw a new cartography of production and discourse for Africa.

Photography as a weapon of uncovering

Akinbode Akinbiyi will talk about "Photography as a weapon of uncovering". Uncovering the many layers of prejudice, colonial attitudes, post-colonial stances. The talk will look at non-African views of the "African" from the beginning of the twentieth century till today and of Africans themselves, how they see themselves. He will then go further and show images of Lagos, a work-in-progress that he started in the eighties and still working at. This will conclude the talk attempting to uncover the various layers that subsume photographic visualisation.

Akinbode Akinbiyi was born in Oxford, England of Nigerian parents and grew up in England and Nigeria. He is a photographer, curator and writer based in Berlin and working on mega-cities, especially those on the African continent: Cairo, Lagos, Kinshasa, Johannesburg. The city as a space of personal involvement, personal striving to come to terms with the everyday. Recent group exhibitions: "Afropolis" in Cologne and Bayreuth, 2010; "Pret-a-partager" in Dakar, Capetown, Lagos, Douala, Berlin and Stuttgart, 2009 - 2012. Akinbiyi has curated shows in Germany on DakArt 2008 in Berlin and Stuttgart; on the Bamako Rencontres, also in Germany and has co-curated shows at the Bamako Rencontres on Nigerian photohgraphy, 2001, and on German photography, 2003. He has also led workshops in various countries and says of himself, that he is passionate about photography and the arts.

N'Gone Fall will present a short overview of modern and contemporary art in West Africa with a focus on the history of the Dakar biennnial (born in 1992).

N'Gone Fall is an Independent curator, art critic and consultant in cultural engineering N’Goné Fall graduated from the École Spéciale d'Architecture in Paris. She has been the editorial director of the Paris-based contemporary African art magazine Revue Noire from 1994 to 2001. She edited books on contemporary visual arts and photography in Africa including An Anthology of African Art: The Twentieth Century, Photographers from Kinshasa and Anthology of African and Indian Ocean Photography:a century of African photographers. Fall curated exhibitions in Africa, Europe and USA. She was one of the curators of the African photography biennale in Bamako, Mali, in 2001 and a guest curator at the 2002 Dakar biennale in Senegal. As a consultant in cultural engineering she is the author of strategic plans, orientation programs and evaluation reports for Senegalese and international cultural institutions. Fall teaches curatorial process, communication strategies and methodology in the master department of cultural industries at the Senghor University in Alexandria, Egypt. N’Goné Fall is also a founding member of the Dakar-based collective Gaw-Lab, a platform for research and production in the field of new media and visual arts.

For The State of L3, every artist is working on developing his own ethno-graphical vision of the project, inspired by the personal investigation and creative language of six youngsters with African background, and in collaboration with their own platforms and organizations.

As a collective, they express their work through art and multimedia exchanges, inspired by political issues and modern tendencies concerning the African Diaspora. Their projects, videos, and internet archive are part of the process of understanding the connection between migration, visual culture, and African heritage.

Migration, or the condition of being a subject beyond borders, has always represented one of the most productive resources of aesthetic practices, contributing to the changing of settled cultures. Their Pan African symbiotic research focuses on the issue of Pan African space and migration from very different perspectives, in order to explore what Mieke Bal (2010) has recently defined as “migratory aesthetics”, that is “the current cultural and aesthetic moment in view of the merging of cultures”.

The State of L3 digital library image archive is composed of a collection of art works from their collective and works of artists that inspire them. Their archive includes a wide range of cultural practices, such as visual arts, contemporary arts, literature, film, interventions in public spaces and performance. The State of L3 created this internet database to provide room for communication on the African Diaspora, through images and through text, and functions as a database for African heritage. Access is open for everyone. They seek new means of communication, a new experience on the track that previous generations have left behind and a new interpretation of the concept of African identity. Therefore, The State of L3 directs its attention at the three artists and their background as a source of inspiration and knowledge to form new images of universal communication. The State of L3 is a transatlantic journal, an exchange of collective memories. With this project, The State of L3 is designed to obtain a portrait of artistic symbiosis between three different cultures, with something in common: a strong sense of African origins.

November 30, 2011: Afronautas: from the ashes of the past, to the blink of the satellites.

After their fights for indepence many countries in the so called "Third World" had to face destructive civil wars. Murdered before they were even born, these young countries were run over by history. Up to today many have to deal with stone age conditions for living, as if time had stopped. But at the same time, for better or for worse,they are willing to belong to a modern world.

“Afronautas” came into being as a post-war movement of young Angolan artists who, in their formation were compelled to travel; or in the absence of an industrial structure were contaminated by the different foreign cultures that arrived via the ports and airports and today through the internet and satellite television. In Angola this “contamination” created a global, assimilated, cultural production, from music to visual art and a rupture with traditional standards by legitimating  multiculturalism.

By creating fiction from factual stories Henda’s work draws upon a certain complicity with history. He uses art as a method to revise it. But more than trying to escape from an amnesia of the recent past, Henda looks for utopian narratives, as a way to avoid the still very present harmful heritage caused by those years of conflict.

This specific lecture was organised in collaboration with BAK, basis voor actuele kunst in Utrecht where on 03.12.2011 Kiluanji Kia Henda will screen films in the context of the program Cinematic Narratives from Elsewhere: Revisions of African Representation.

The Decolonial Option questions the very notion of “universality” and “civilization”, or rather “the universality of civilization”. This rhetoric of modernity and “progress” always carries a secret weapon which is articulated through dispossession, exploitation and ultimately, genocide: coloniality. By exposing this notion of inseparability between modernity and coloniality, decolonial thinking states that there is no such thing as an “autonomous European Sonderweg” of modernity.  The colonial and its exploited, dispossessed, enslaved and exterminated subjects have always played a crucial role in creating, defining and literally “feeding” modernity. As the Decolonial Aesthetics Manifesto states: “...(this concept) seeks to recognize and open options for liberating the senses. This is the terrain where artists around the world are contesting the legacies of modernity and its re-incarnations in post-modern and altermodern aesthetics.”  The time-based positions ( the video-art pieces of Teresa María Díaz Nerio and Jeannette Ehlers a.o. ) that will be discussed at this meeting have been selected because they contest (racialized) fantasies on European citizenship.

Alanna Lockward is an author, critic and independent curator specialized in time-based undertakings.  She is the founding director of ArtLabour Archives, a cultural platform and agency responsible for producing situation-specific art events and exhibitions since 1997 in the US, the Caribbean, Europe and the African continent. She is chief editor of VideoArtWorld online magazine and general manager of the Transnational Decolonial Institute.
Read more about Alanna Lockward under “Faculty” at
http://www.dutchartinstitute.nl/ 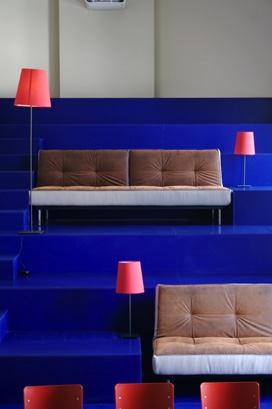