Fokus Grupa = Elvis Krstulović (DAI, 2021) & Iva Kovač (DAI, 2022) proudly share the link to their text "A Room with a landscape: Vedute from the Palace of the Privileged Company of Trieste and Rijeka", which was recently published as Volume 10 of Art Margins, MIT Press Direct. Earlier Iva had presented this research at the DAI's Kitchen ( in 2020 with Dina Mohammed and Jacob Jacobsen as the online respondents). Keywords: Rijeka, Austro-Hungarian Empire, industrial heritage, sugar production, landscape paintings, slave images, race-blindness 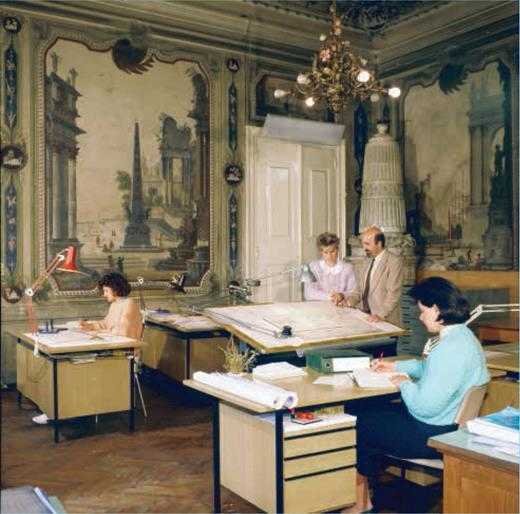 In the oldest Austro-Hungarian sugar refinement plant opened in mid 18thcentury in Rijeka, today Croatia, a series of “idealized” landscapes pained by unknown artisans include depictions of slaves. The so-called Vedute ideate are a rare depiction of the racialized slave labor in the Austro-Hungarian Empire that points to the invisible labor, which enabled industrial production of sugar and made visible the relation of the Austro-Hungarian Empire, together with the peripheral port town of Rijeka, to the global flow of capital and the history of colonialism. By drawing on Catherine Baker’s recently published “Race in Yugoslavia” we look at how representation of slavery did not receive critical assessment while the resentment for the racialization across ethnic lines, in relation to Europe proper where the inhabitants ex-Yugoslavia are themselves racialized as the European other, perseveres. With the repurposing of the industrial building in the framework of European Capital of Culture project, Rijeka 2020 – Port of Diversity, the Vedute ideate will be publicly displayed as part of the Museum of the City of Rijeka display but it is uncertain whether the museum will recognize colonialism as a constituent part of Rijeka’s industrialization and development.