Thursday 17 December, 2020: Online Discussion and Screening. State of Concept, in collaboration with Goethe-Institut Athens organizes the talk "Seeding Gossips", the third event of the series Gossips. Moderated by: iLiana Fokianaki ( COOP tutor at DAI). Artist (& also a COOP tutor at DAI), Marwa Arsanios and artist Jumana Manna have been through their artistic practice, looking into communities and their efforts to work against multi-national companies and their extractive tropes, the effects of political turmoil and war on natural resources and science, and the processes of recuperation and restoration of ancestral knowledges from communities the world over. 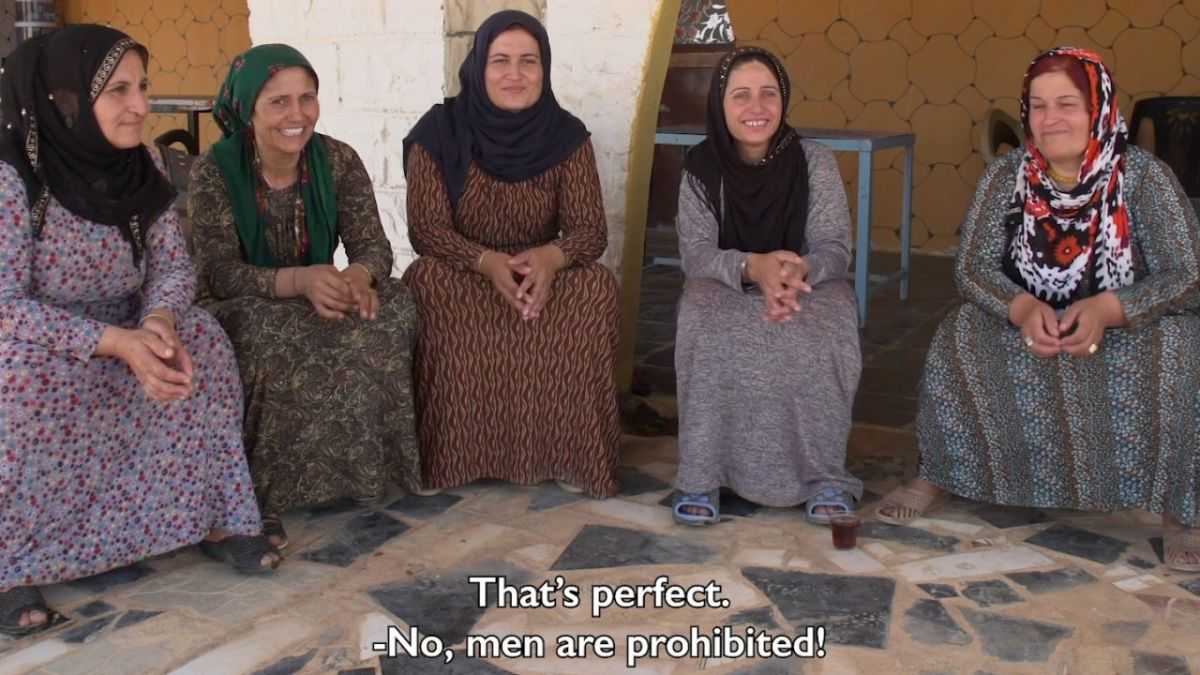 The discussion will be streamed via the Facebook & Youtube platforms of both State of Concept and Goethe Institut Athen.

For this third and last iteration of GOSSIPS, a collaboration of State of Concept Athens and Goethe Institut, we are gathering - alas virtually - to discuss the role of women in the fight for climate change and preservation, discussing with artists who through their practice have been looking into the subject of sustainability, collectives of women and the role of communities in bringing to the fore the need for a global effort to fight climate change.

Women, specifically in so-called developing economies, are some of the most highly affected demographics in the wake of increasing natural disasters and volatile farming conditions, and there is plenty of evidence to suggest that women collectives are already showing the way and becoming key factors in creating a pathway for a sustainable future. One of the main threads common in many such groups is not only collective action, but the preserving of ancestral wisdom in sustain seeds, preserving natural resources and living a sustainable life, one that considers humans as part of nature.

Artists Marwa Arsanios and Jumana Manna have been through their artistic practice, looking into communities and their efforts to work against multi-national companies and their extractive tropes, the effects of political turmoil and war on natural resources and science, and the processes of recuperation and restoration of ancestral knowledges from communities the world over.

Arsanios will discuss her latest research working with communities from various countries that are found in her latest film Microresistances, the third of a trilogy of films entitled Who is Afraid of Ideology, that is focusing on a small village in Colombia and the current systemic war led by transnational firms against the tiniest and most essential aspect of life: seeds.

Manna will discuss her recent essay on e-flux journal relating to the foraging of wild food, and her upcoming film that will be ultimately concerned with what is made extinct and what gets to continue to grow; who gets to decide the fate of herb-picking cultures, and the options that remain for those who don’t, but will also discuss her film of 2018 Wild Relatives, a film discussing the move of a seed bank due to war and the articulation between a large-scale international initiative to salvage a seed bank and its local implementation in Lebanon where it lands, that it so vividly captures, the work at hand carried out primarily by young migrant women.

The discussion is followed by the film screenings.

Marwa Arsanios is an artist, filmmaker and researcher who reconsiders politics of the mid-twentieth century from a contemporary perspective, with a particular focus on gender relations, urbanism and industrialisation. Her recent projects have revolved around questions of ecology, feminism, social organisation, nation-building, war, and economic struggle. She is a founding member of 98weeks, a research/project space and artists’ organization. Arsanios has been the subject of solo exhibitions at the Beirut Art Center (2017); Hammer Museum, Los Angeles (2016); Witte de With Center for Contemporary Art, Rotterdam (2016); Kunsthalle Lissabon, Lisbon (2015) and Art in General, New York (2015). Her work has also been shown in a number of group exhibitions, including From Ear to Ear to Eye, Nottingham Contemporary, UK (2017); Home Return, Maxxi Museum, Rome (2017).

Jumana Manna was raised in Jerusalem and is based in Berlin. She is a visual artist working primarily with film and sculpture. Her work explores how power is articulated through relationships, often focusing on the body and materiality in relation to narratives of nationalism, and histories of place. She was awarded the A.M. Qattan Foundation’s Young Palestinian Artist Award in 2012 and the Ars Viva Prize for Visual Arts in 2017. Manna has participated in various film festivals and exhibitions, including Henie Onstad Museum, Norway, 2018; Mercer Union, Canada, 2017; Jeu de Paume and CAPC Bordeaux, France, 2017; SculptureCenter, USA, 2014; Marrakech Biennale 6, 2016; The Nordic Pavilion at the 57th Venice Biennale; as well as the 54th and 56th Viennale International Film Festivals, 66th and 68th Berlinale and CPH:DOX 2018, where Wild Relatives won the New:Visions award.