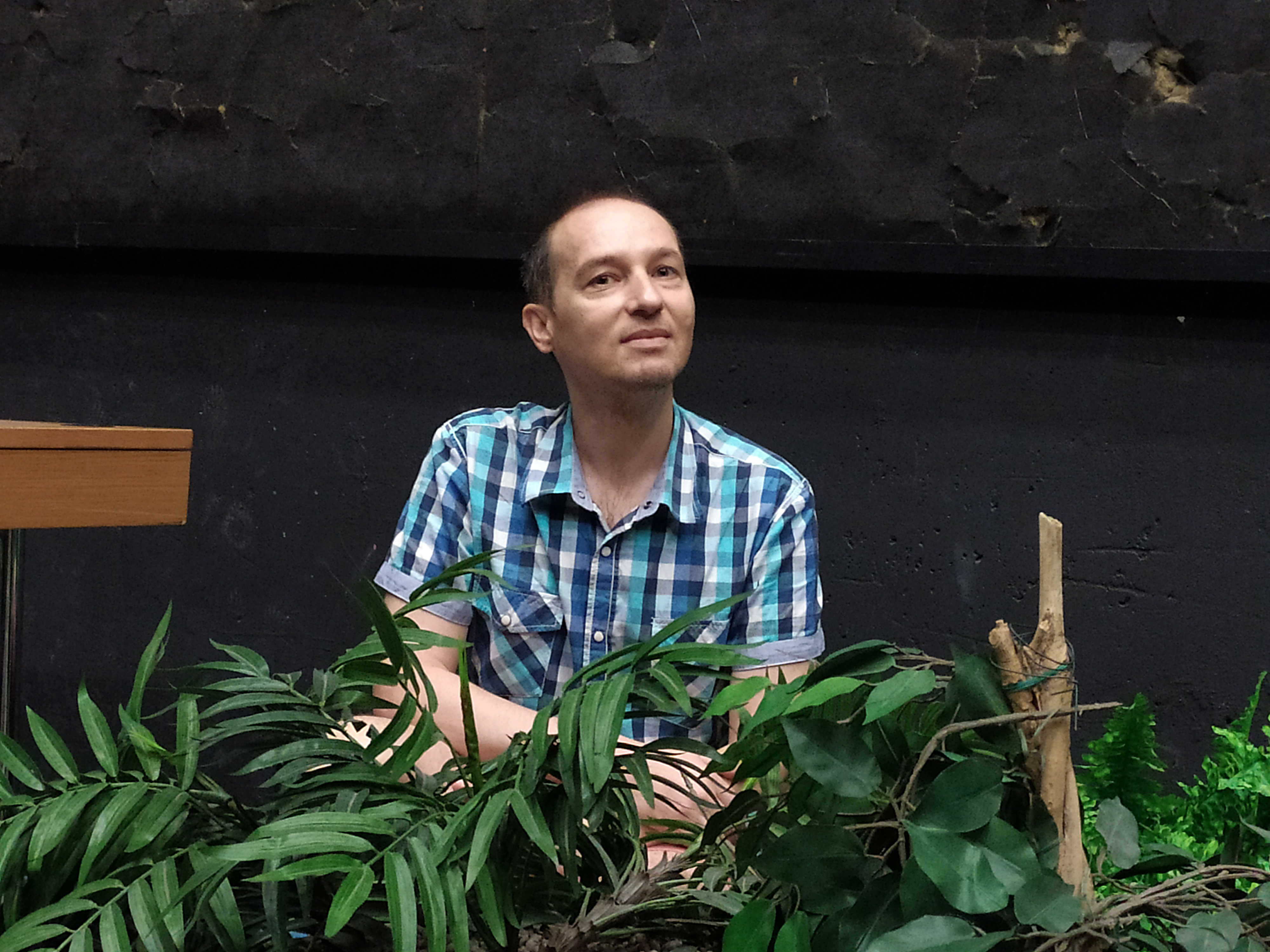 Kostas Tzimoulis is an artist based in Athens. He studied visual arts at the Athens School of Fine Arts (ASFA) and pursued postgraduate studies at Westminster University, London and at the DAI (Dutch Art Institute), Arnhem.

In his practice he experiments with various media such as sculpture, video, photography, performance and publications. His work evolves around the issues of boundaries between private and public, home and city, inside and outside. Part of his practice is to work at the same time individually but also collectively. In the recent years he has been involved in several collective experiments, projects and self-organized spaces.

He has presented six solo exhibitions in Athens, Thessaloniki, Belgrade, and Sarajevo. Kostas Tzimoulis collaborates with Vassilis Noulas in their joint visual project VASKOS (Athens Photo Festival 2019, two solo exhibitions, two self publications). He is also a member of the performance group Nova Melancholia (where he acts as set and costume designer and performer)and was the art director for the feature film “The Lair” (Thessaloniki International Film Festival 2019). He was an active member of the Green Park cultural occupancy (2015-2017) and co-organized the DIY Performance Biennial “No Future” (2016). Since 2019, together with Gigi Argyropoulou and Vassilis Noulas, he belongs to the collective of EIGHT – a critical institute for arts and politics.
Currently he is working as co-director for the opera-performance “Il Diluvio Universale” at the Athens & Epidaurus Festival and is co-curating the next edition of HKW’s New Alphabet School that will take place at the EIGHT.

Kostas Tzimoulis’s written MA thesis: In Between - Exploring the Boundaries.