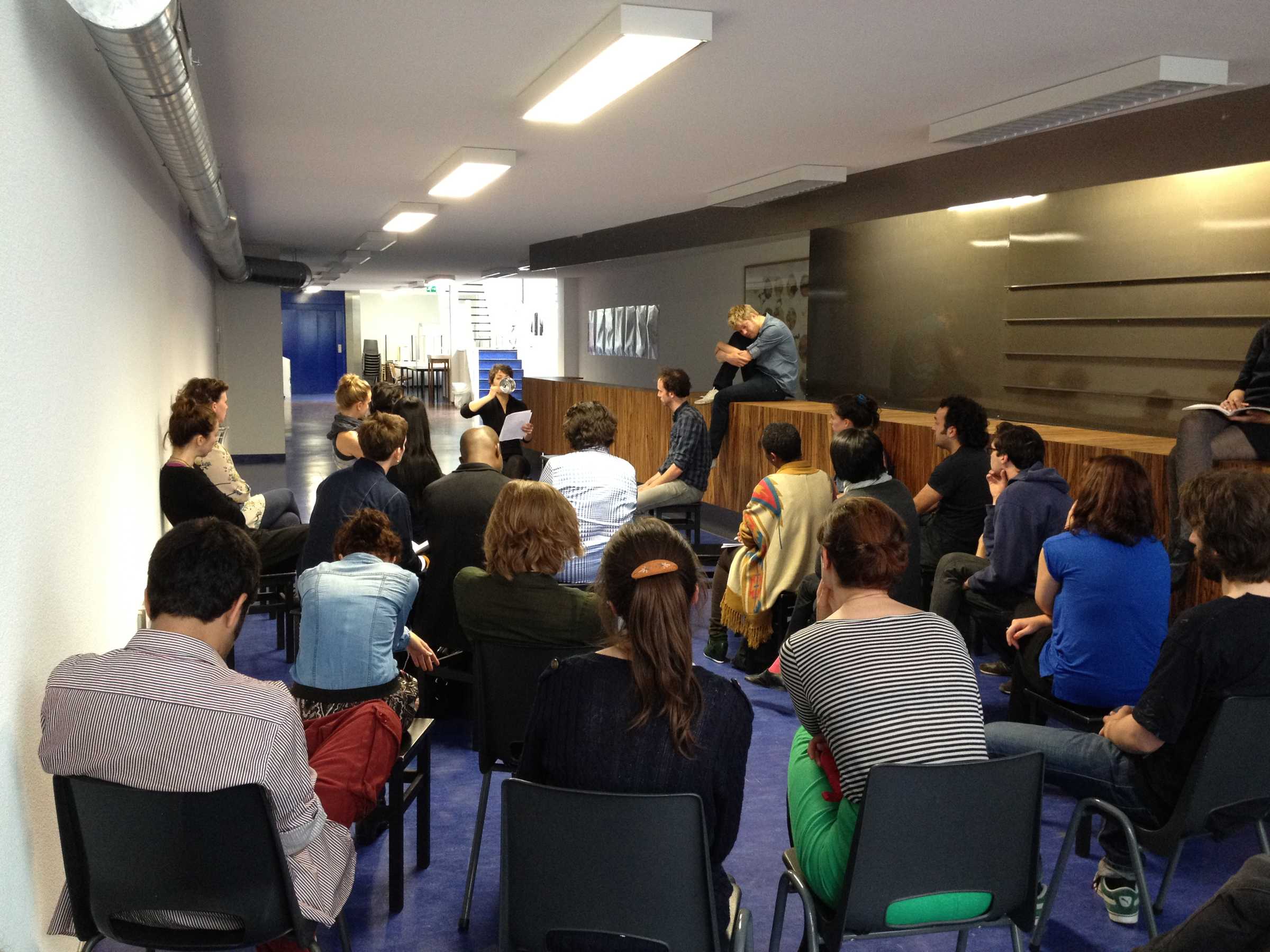 Designed and tutored by Otobong Nkanga and guest tutored by Jean-Luc Vilmouth, this is a workshop dealing with the act of ‘presenting/performing your work in public’

When you believe that your hunger is an equivalent to that of a hostage who has been kidnapped by a terrorist or a bank robber, without food or drink then what do you do? This state of urgency creates a platform where intricate, extreme and creative stands are taken resulting in a holdup situation. We will be interested in looking at different forms of performances that can create this state of a holdup situation. When the stage hits you and there is no way out but to face the situation in a radical and extreme way. The idea will be to push the limits of (re) presentation, how one could go beyond just the normal and accepted ways of presentation of their works and engaged the public or spectator in an unusual and unpredicted way.

Bio’s of Otobong Nkanga and Jean-Luc Vilmouth to be found here.

I'M TOO SEXY FOR YOUR LECTURE from Sarah Charalambides on Vimeo.