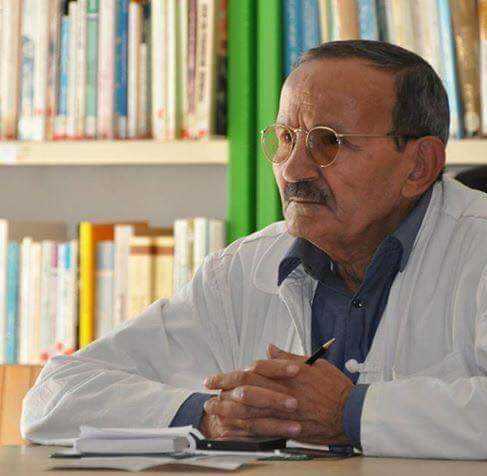 Ali Saïdane is a man of theatre, a poet, writer, singer and a committed artist.

In the 1970s, he took part in writing the play, "Les trois derniers jours de la vie du concitoyen Kacem Azez" (The Last Three Days in the Life of Fellow Citizen Kacem Azez), which explores questions of the heritage of popular and national culture and colloquial literature. This experience gave birth to the CADCAF (Committee for Arab Cultural Action and Dissemination in France). He then created with some friends, the musical group “Amazighen" engaged in safeguarding the heritage of popular arts. He participated in the creation of "Zazia hlaliya" with the Gafsa troupe, in which he plays his own role, that of the indigenous Berber.

His research in the field of popular heritage resulted in the presentation of "Haw jou" (They Came), a fresco of poems and popular songs, created in 1980 with Fadhel Jaziri, Fadhel Jaïbi and Raja Farhat for the opening of the International Festival of Carthage. In 2002, in the television programme "Ballade à travers notre patrimoine" (2002), he immortalised the image of poets, instrumentalists, singers, women and men who continue to carry Berber chanting to unknown and hidden depths. In December 2014 he published "La saga du mezoued en Tunisie" (The saga of the mezoued in Tunisia).

His blog, started in 2009, can be found under: http://khilazwaw.blogspot.com/ . Parts of his impressive music and poetry archive can be consulted on his Youtube Chanel @Ali Saidane.