January 26: COMMON BIRDS by returning DAI guests Silvia Maglioni and Graeme Thomson explores the boundaries of voice and language, while articulating an uncompromising criticism of capitalism and power relations. The film will have its international premiere at the Rotterdam Film Festival (IFFR). Watch the trailer here. 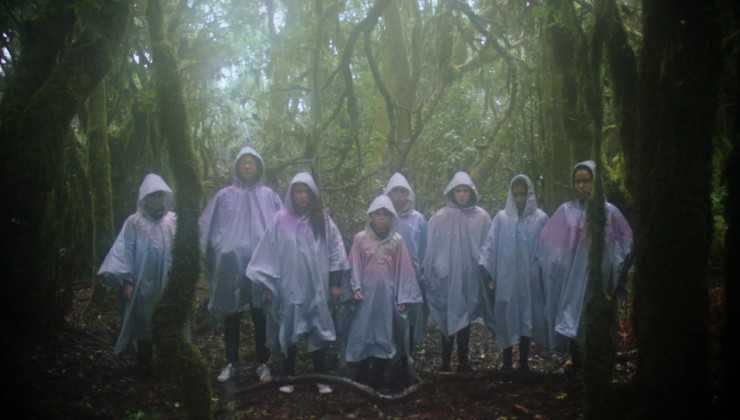 “4th century BC, Aristophanes wrote the comedy Ornithes, in which two men leave their birthplace in search of a better life. Maglioni and Thomson give the play a remarkable update. Combining a contemporary Athens marked by crisis and the ancestral forest of La Gomera, they alternate between Ancient Greek and Silbo Gomero. The latter is a nearly extinct whistled language that forms part of a long tradition of resistance.

Half documentary, half fantasy, this deadpan tale of two friends who opt for a life as outcasts evokes both the recent social history of Greece as well as another, timeless realm. Taking their inspiration from Pasolini as much as from Straub & Huillet, the filmmakers daringly shift from grey to colour, from a gritty realism to poetic mysticism, in order to contrast the economic climate with the ecological. In a deceptively simple, yet inventive form, Maglioni and Thomson explore the boundaries of voice and language, while articulating an uncompromising criticism of capitalism and power relations.”

The screening will take place on January 26 at 17.45 at Lantaren Venster (Otto Reuchlinweg 996)

Screening details are available on:
https://iffr.com/en/2020/films/common-birds

A synopsis and trailer of the film can be found here:
http://lesfilmsdubilboquet.fr/en/common-birds