DAI sends it warmest congrulations to our brilliant 2019-2020 COOP lead tutor Sepake Angiama as well as to Iniva. Sepake has been appointed Artistic Director of the London based Institute of International Visual Arts, an evolving, radical visual arts organisation whose artistic programme reflects the social and political impact of globalisation. Through engaging a wide audience, particularly young people, its work encourages discourse and debate on issues surrounding the politics of race, class and gender. Read Iniva's press release here. 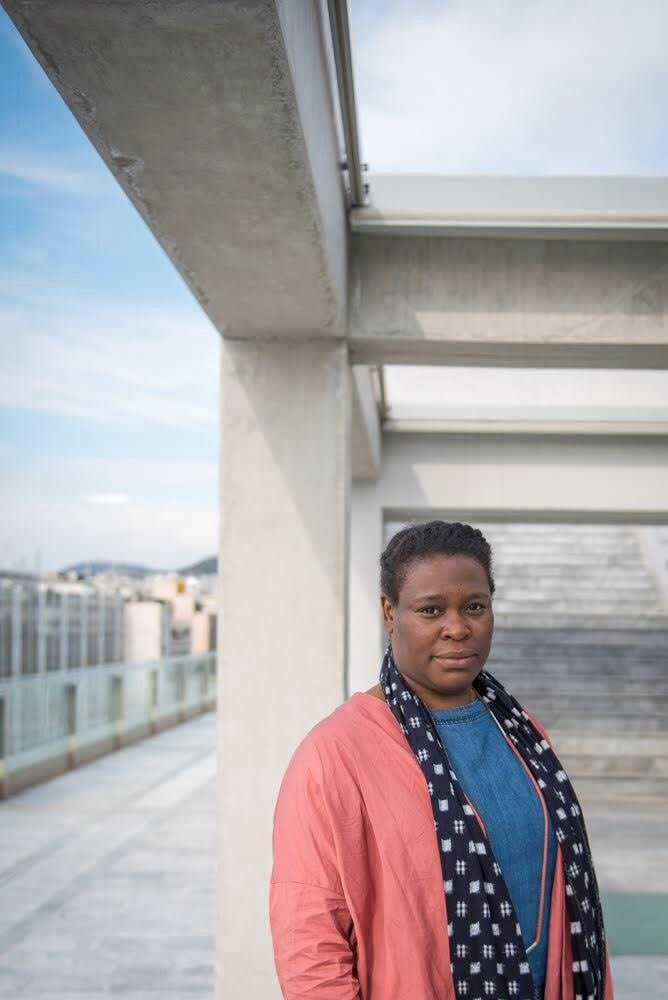 Iniva is pleased to announce the appointment of their new Artistic Director, Sepake Angiama. Sepake will officially start in the role at the beginning of January 2020.

Having previously held positions at Hayward Gallery, Turner Contemporary, International Foundation Manifesta, documenta 14, and most recently as Curator of Chicago Architecture Biennial 2019, Sepake brings a wealth of experience and knowledge to the organisation.

Sepake joins Iniva during its 25th year, celebrated with a ground-breaking new project, Commission to Collect, which aims to transform curatorial practice around commissioning within major British art galleries and museums, and will see the commission of new artworks by British based artists of African and/or Asian descent, accessioned into major public art collections over three years.

The new Artistic Director will also focus on developing the opportunities arising from the recent move of Iniva and the Stuart Hall Library to its new home on John Islip Street, London. With plans to digitise its collection, and extend its educational and outreach work, this makes for an exciting period of progression and growth for the organisation.

“I’m really pleased to be accepting the position of director of Iniva on its 25th anniversary. This institution has provided an important space for vital research and made a significant contribution to the enriching of the discursive field of artistic and curatorial practice. With the support of the team at Iniva I look forward to stewarding this organisation as it continues the work of broadening our understanding of African and Asian artists and the diaspora.”

“We are thrilled that Sepake will be joining us at this exciting time. Her vast experience will ensure that Iniva continues to be an important and challenging voice in the arts. We have an incredible portfolio of work to take forward including our education and outreach programmes and cannot think of anyone more suitable to help shape this.”

Sepake Angiama takes up leadership at Iniva as previous Director Melanie Keen makes the move to become Director at Wellcome Collection. Iniva is immensely grateful for the leadership and direction Melanie has given in her time at the charity.

Iniva (Institute of International Visual Arts) is an evolving, radical visual arts organisation whose artistic programme reflects the social and political impact of globalisation. Through engaging a wide audience, particularly young people, its work encourages discourse and debate on issues surrounding the politics of race, class and gender.

The library plays an important role in documenting marginalised art histories including the UK Black Arts Movement of the 1980s, which is under-represented in other collections and national institutions. The collection includes over 4,000 exhibition catalogues and 1,000 monographs, covering culture, politics, gender and media studies, and over 140 periodicals.

Founded in 1994, under the leadership of renowned academic Professor Stuart Hall, Iniva is a non-profit organisation based in London. It has established itself as a pioneering arts organisation in the artistic environment in the UK and beyond. Now Iniva looks towards the future whilst acknowledging its extensive history and legacy.

Sepake Angiama at DAI: COOP study group All about my mother.