Olga Micińska (DAI, 2018) and others ask for your help to revoke the director appointment at Ujazdowski Castle Centre for Contemporary Art in Warsaw. Piotr Bernatowicz - the new director - is notorious for curating radically discriminatory exhibitions toward women and the LGTBQ+ community. Please sign the petition. 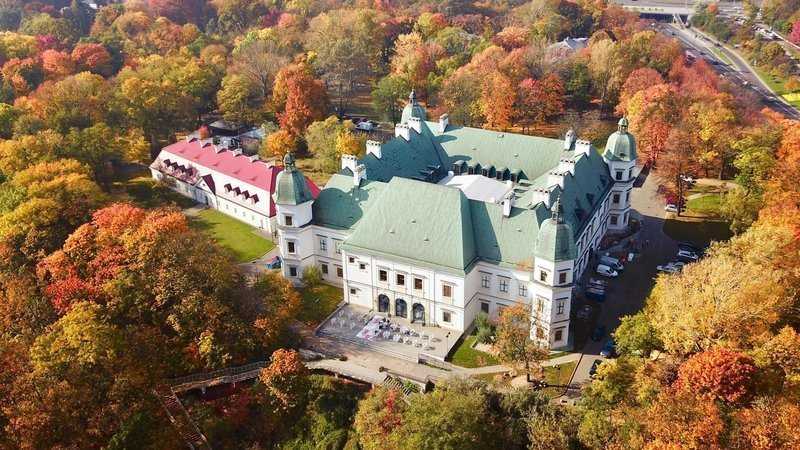 "As citizens and members of the international artistic community as well as the audience of contemporary art we firmly object to the decision made by the Minister of Culture and National Heritage of the Republic of Poland to appoint Piotr Bernatowicz to the position of the director of the Ujazdowski Castle Centre for Contemporary Art without an open competition recruitment procedure. We reject both the manner in which the appointment was carried out and the candidate chosen by the Minister.

The Ujazdowski Castle Centre for Contemporary Art is a transdisciplinary institution of international importance and a showcase for Polish contemporary art. An appointment that bypasses the competition procedure despite the existence of the necessary legal framework sets an exceptionally alarming precedent. It seems even more disturbing in the context of earlier personnel decisions that had a strong negative impact on important cultural institutions, such as the National Museum in Warsaw, Helena Modrzejewska National Stary Theatre in Kraków, and Polin Museum of the History of Polish Jews. This blatant disregard for procedures suggests that the decision was politically motivated rather than based on objective criteria such as merit. Such stance impedes any kind of dialogue about the program and development of the institution in the coming years.

Leading a large-scale institution such as the Ujazdowski Castle Centre for Contemporary Art requires not only specialized knowledge but also managerial expertise. One of the key skills in administration and supervision is a sense for diplomacy, as well as the ability to represent Poland in international contexts. Piotr Bernatowicz has no relevant experience. He has never worked closely with foreign curators nor planned an exhibition abroad. Nor is he able to demonstrate any qualifications in managing international projects, creating strategic partnerships with institutions abroad, and obtaining grants or other types of funding. Such experience should have been deemed essential in a candidate for a position this prestigious and of this importance.

The newly appointed candidate is not a successful negotiator. During his tenure as the director of the Arsenal Municipal Gallery in Poznań his actions caused a serious conflict with the curatorial section of his team and profound alienation of the local artistic community that resulted in an open letter of 76 young artists who were opposed to the renewal of his contract. A series of his disastrous decisions caused serious damage to the reputation of the gallery he was responsible for.

As a journalist and director of a public institution, Piotr Bernatowicz has on numerous occasions condoned and supported statements that can be considered hate speech. There is no room in the public sector for the artworks which target singled out social groups, misogynistic artwork (the exhibitions Strategies of Rebellion, Arsenal Municipal Gallery, 2015), or songs filled with anti-Semitic stereotyping (“Arsenał Kultury” (Arsenal of Culture) – a radio broadcast in Radio Poznań, 2017). Any artistic institution that promotes such messages risks losing its national and international audience, and perhaps a boycott.

We call upon the Minister of Culture and National Heritage Piotr Gliński not to appoint Piotr Bernatowicz to the position of the director of the Ujazdowski Castle Centre for Contemporary Art, and to carry out an open competition procedure in accordance with the appropriate standards of transparency and probity. Only an open competition will enable the candidates to demonstrate their qualifications and ability and present their programs for the Ujazdowski Castle Centre for Contemporary Art that would do justice to this renowned institution and allow it to maintain its international status."