Eric Peter (DAI, 2019) has been selected for a work period at AIR Alexanderplatz Berlin! From January - April 2020 he will use the given time and space to further his investigation into the possibilities of "the choreopoem". 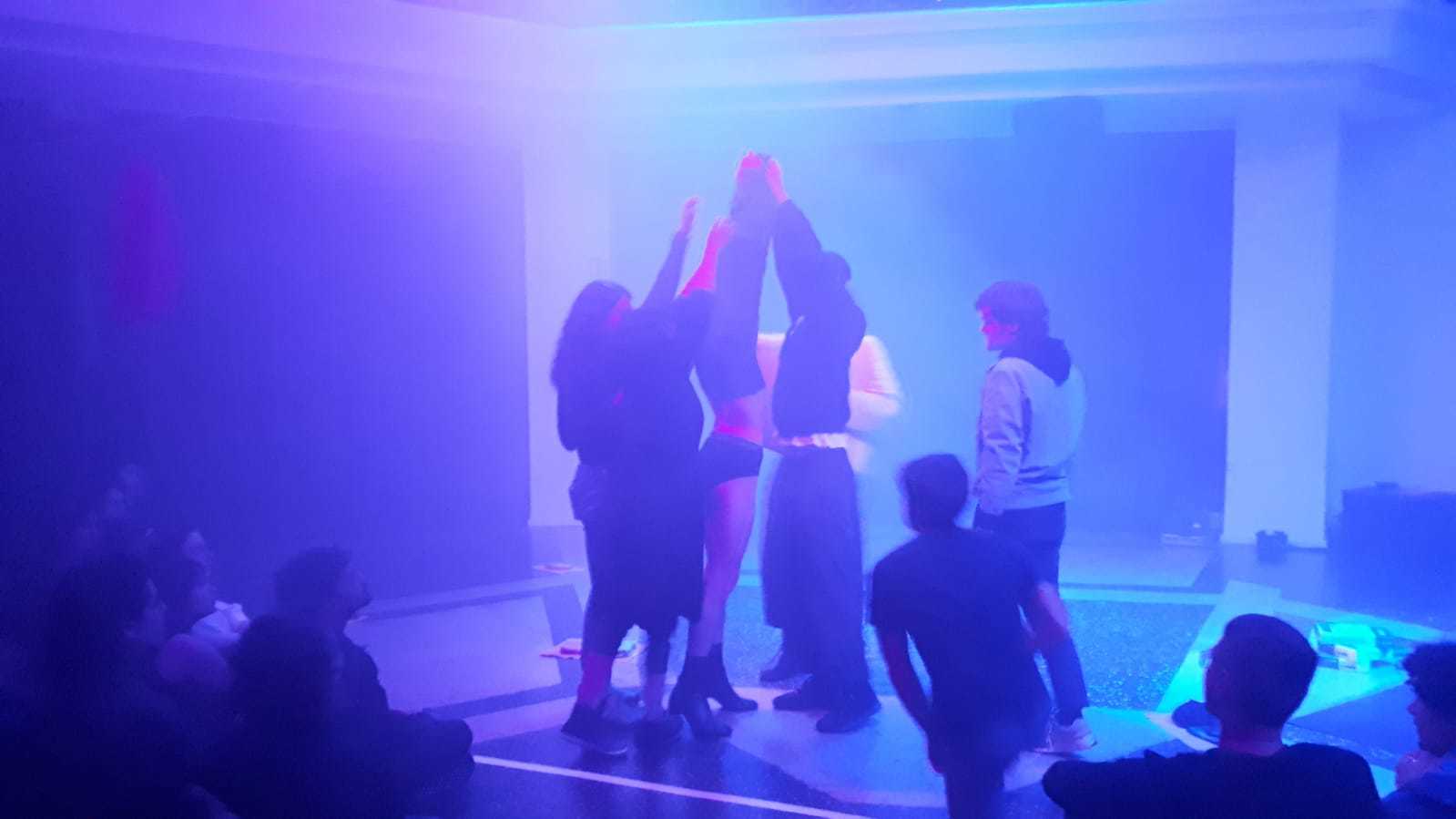 ABA (AIR Berlin Alexanderplatz) is an artist-run initiative. The mandate at ABA sets out to investigate how “artistic research” has become increasingly engaged with fields of knowledge that lie beyond what has traditionally been considered the “artistic sphere.” Conducting fieldwork, delving into archives, drawing parallels, testing hypotheses, creating photographic documentation and compiling new “findings” have all become integral parts of the contemporary term “artistic research”—defined by Mika Hannula as “methodological abundance” that sets itself apart from traditional scientific methodologies. The very idea of artistic research has prompted theorists such as Paul Feyerabend (‘Against Method’) and Bruno Latour (‘Laboratory Life: The Social Construction of Scientific Facts’) to call static notions of “method” and “fact” into question, giving particular relevance to subjective, interdisciplinary, and experimental approaches to research.

Today, when the majority of communication is done online, often between people who will never meet and always with the threat of being monitored, ABA strives to create spaces where people can freely express their ideas in a comfortable, aesthetically stimulating environment and be met with immediate, face-to-face responses. The border between the public and private spheres is blurred as like-minded strangers come together in the streets, parks, and apartments of Berlin, the entire city becoming a living room, where history is already pressing in from all angles.

ABA’s operations consist of the conception, curation, and implementation of various work and presentation formats: The organization of Salons, the release of Publications, the stewardship of a Residency Program, the organization of Lab, the maintenance of online Notices, and lastly the management of the BFSCA (Berlin Field School of Contemporary Art). Whether you are joining us as an artist-in-residence, an attendee of the frequently held salons, or as a reader of one of the publications, your attention is already a contribution to the development of ABA as a safe, cooperative space where artists, curators, designers, theorists—and anyone who is interested—can come together in support of each other’s endeavours. 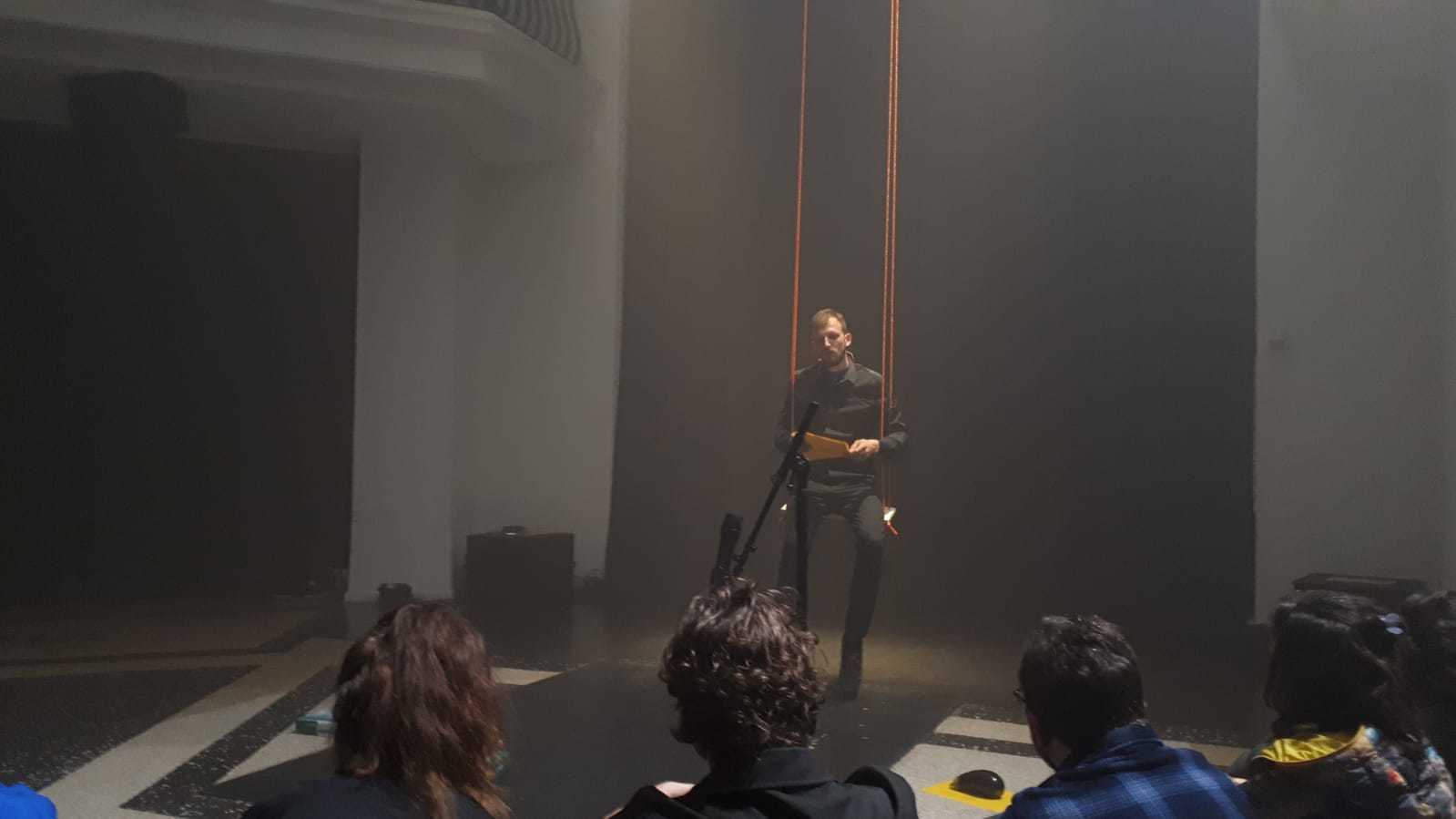 Eric Peter will further his research with ‘Economy as Intimacy’, in which he aims to reimagine late capitalism through the lens of intimacy, using poetry and language as a medium of speculation. His project has lead to publications (essays and poetry volumes), recitals, readings, discussions, and in recent past, a more performative presenting of poems (choreopoems). The project existed solely in print initially (print as one of the most intimate forms of maker-versus-public), but Peter developed a practice of performing his poetries in a more recent stage of this long-term project. Having began with more conventional solo readings to group recitals (mediating speed, accent, vocabulary and loudness as an economy of language), he arrived at more elaborate performances of his poetic work; mini-operas of some sort.

The choreopoem became of particular interest then, and it is this concept which he’ll develop further during his residency with ABA: “Not quite knowing where this route [of the choreopoem] is taking me—or where it can lead to—, I still feel there is great opportunities in a bodily engagement of poetry. I guess it is a logical step, and one more, away from the paper poem. I want to challenge myself into confrontations with a public, I want to find myself in a discursive environment with peers, preferably interested in performance/dance or similar theoretical subjects, to see where a practicing of language in/of movements, and dance as signifiers and signifieds, can inform this project materially and conceptually."

Eric Peter's working period with AIR Berlin Alexanderplatz is made possible through support by the Mondriaan Fund.