Maya Watanabe (DAI, 2018) presents the North American premiere of her most recent work, Liminal (2019), at the The Rose Art Museum at Brandeis University in Massachusetts. Till August 25, 2019 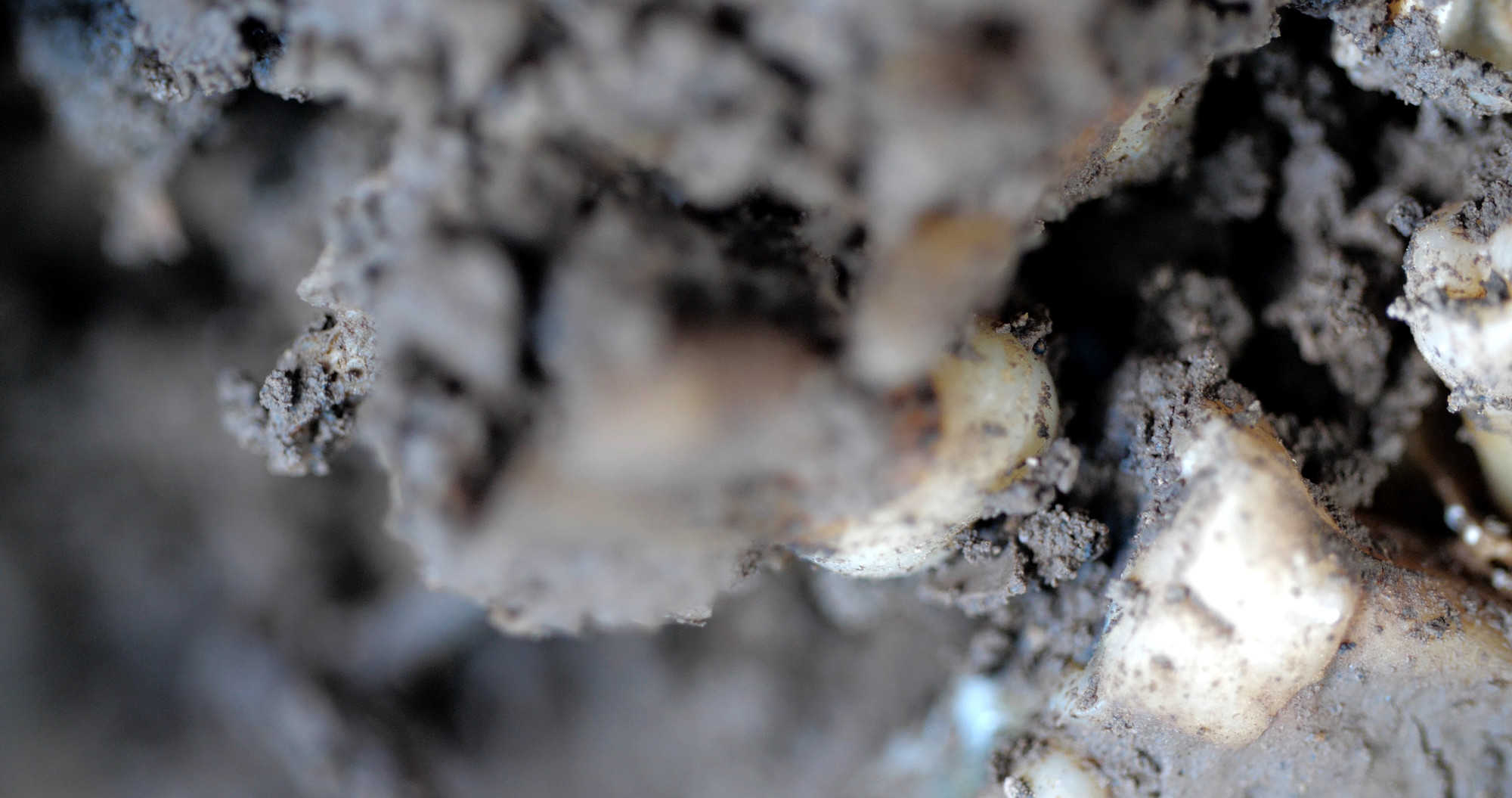 Informed by the historical and political context of her home country, Peru, Maya Watanabe (b. Lima, 1983) investigates the borders and limits of representation and the ambiguity that characterizes transitional and fluid states. In her first solo museum exhibition in the United States, Watanabe presents the North American premiere of her most recent work, Liminal (2019), which she filmed at the excavations of mass graves for victims of Peru’s two-decade-long internal armed conflict. A widespread and prolonged era of violence, the 1980s through the late 1990s were defined by atrocities perpetrated both by the insurgent guerrilla groups Sendero Luminoso (or, Shining Path) and Movimiento Revolucionario Túpac Amaru, and by military forces of the retaliating Peruvian government.

In Liminal’s hour-long loop, Watanabe’s camera pans across terrain, tightly-framed and textured layers shifting in and out of focus. Gaining sharpness, elements emerge from this field of earth, roots, and rocks, becoming discernable as shards of bone, teeth, and the frayed edges of clothing. Archeological markers and measuring tools point towards their uncovering, though Watanabe’s images blur distinctions between these remains and the landscape within which they are set. While of the body, Watanabe portrays these elements in transition, a reflection of their liminal status. Awaiting forensic identification, they are remains on the threshold of subjecthood, suspended between the status of “missing person” and an officially declared death.

Organized by Caitlin Julia Rubin, Assistant Curator.
Maya Watanabe: Liminal is made possible and supported by the Henry and Lois Foster Exhibition Fund.