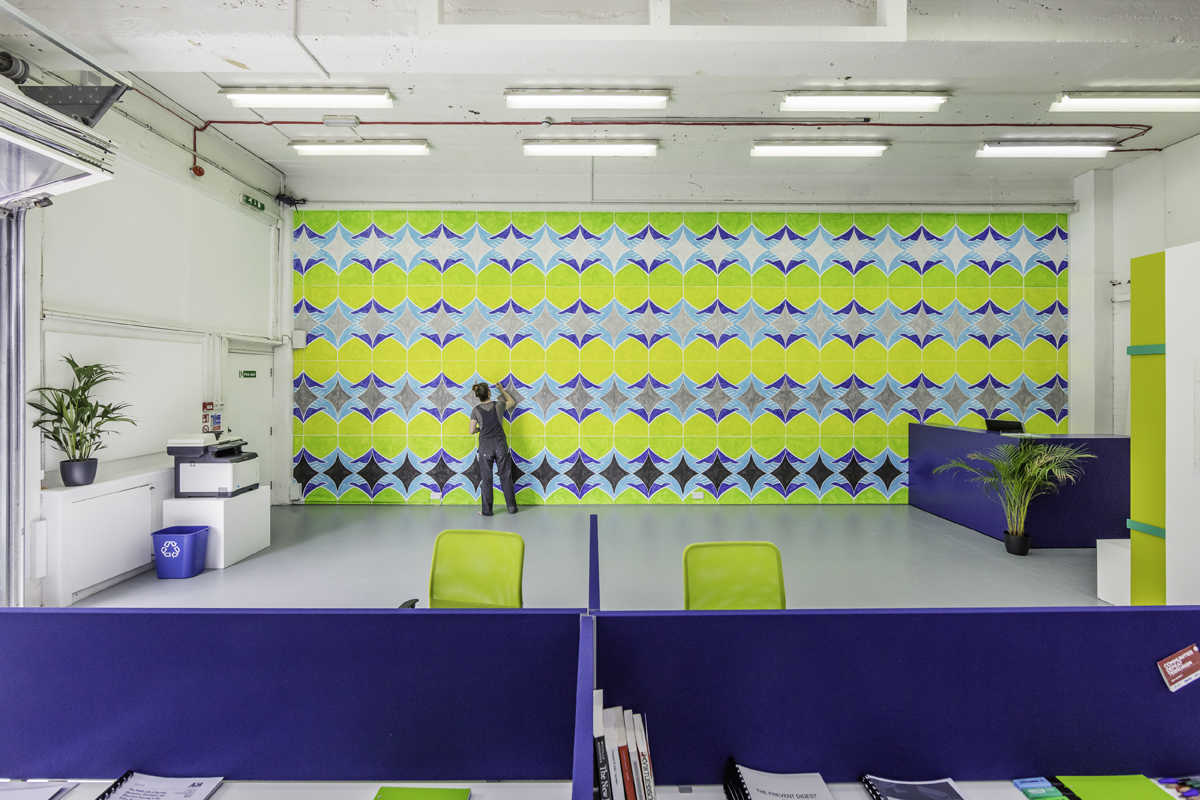 The project, Khan-Dossos’ first in a UK public institution, features her on-going research into the complex context of the UK government’s development of pre-crime and surveillance policies, questioning the politics of representation and the positioning of care that the strategies around those policies generate.

What do these visual strategies indicate or, indeed, fail to establish? How and by whom are those representational narratives formulated? Through which methods do they spread across the country? Whose voices are unheard and where are those silences when public policies are written? Amid the socio-political aftermaths almost two decades after the US declaration of the War on Terror, and the resurgence of right-wing nationalisms worldwide, There Is No Alternativeexplores the limits of a politics of fear, its visual representation, and the current systems of representational democracy.

Navine G. Khan-Dossos’ new work aims to both inhabit and expose the fluctuating forces at play within the Prevent strategy, which oscillate between safeguarding, protection and surveillance. Working with philosophical principles of image and space-building from the tradition of aniconism within Islamic art - where it becomes possible to represent the un-representable through analogies with geometry - Navine G. Khan-Dossos’ work explores ideas of authenticity, appropriation, positionality and the possibilities of generating new visual language in the context of transgressive political and conceptual frameworks. She does so by combining the aniconic with multiple visual modes of communication, design, and strategies for the display of digital information.

There Is No Alternative aims to open a space both for reflection and for collective debate in response to the increasing urgencies surrounding Prevent, the national counter-terrorism policy as it has been implemented in England, Wales and Scotland for the past sixteen years. Over the course of the exhibition, The Showroom will become a site of production, organisation and exchange, taking the visual narratives surrounding Prevent as the point of departure through which to reconsider this contested policy and the role it plays in society today. Ultimately There Is No Alternative will produce both the representation of this singular collective visual policy with wide-reaching implications and explore, through current case studies, the socio-political entanglement it produces.

Contributing speakers include Lisa Downing, professor of French Discourses of Sexuality, University of Birmingham; Rob Faure Walker; Dr Layla Hadj and Shezana Hafiz, CAGE; Dr Tarek Younis, Division of Psychiatry, University College London and Rizwan Hussain, Jawaab, a creative campaigning organisation, which aims to build a grassroots movement of minority voices against Islamophobia. Together with Khan-Dossos they will convene a range of workshops, talks, screenings and debates throughout the two-month duration of the project; activating the paintings and contributing to the collective production of the space. The format for this discursive space and the involvement of invited contributors have been informed by the growing research archive gathered by Khan-Dossos in dialogue with The Showroom and a network of peers, long-term collaborators and newly established conversations with those affected by and critically developing responses to the Prevent policy nation-wide.