The Otolith Group: Xenogenesis ~ till August 18, 2019 at the Van Abbemuseum. DAI thoroughly enjoyed teaming up with and learning from the Otolith Group during a series of educational collaborations evolving from 2003 onward. Going back to a cross-section of their work, carefully curated by Annie Flether and brilliantly re-imagined by means of the display, left us nothing less than deeply impressed. Go and see this important exhibition ! 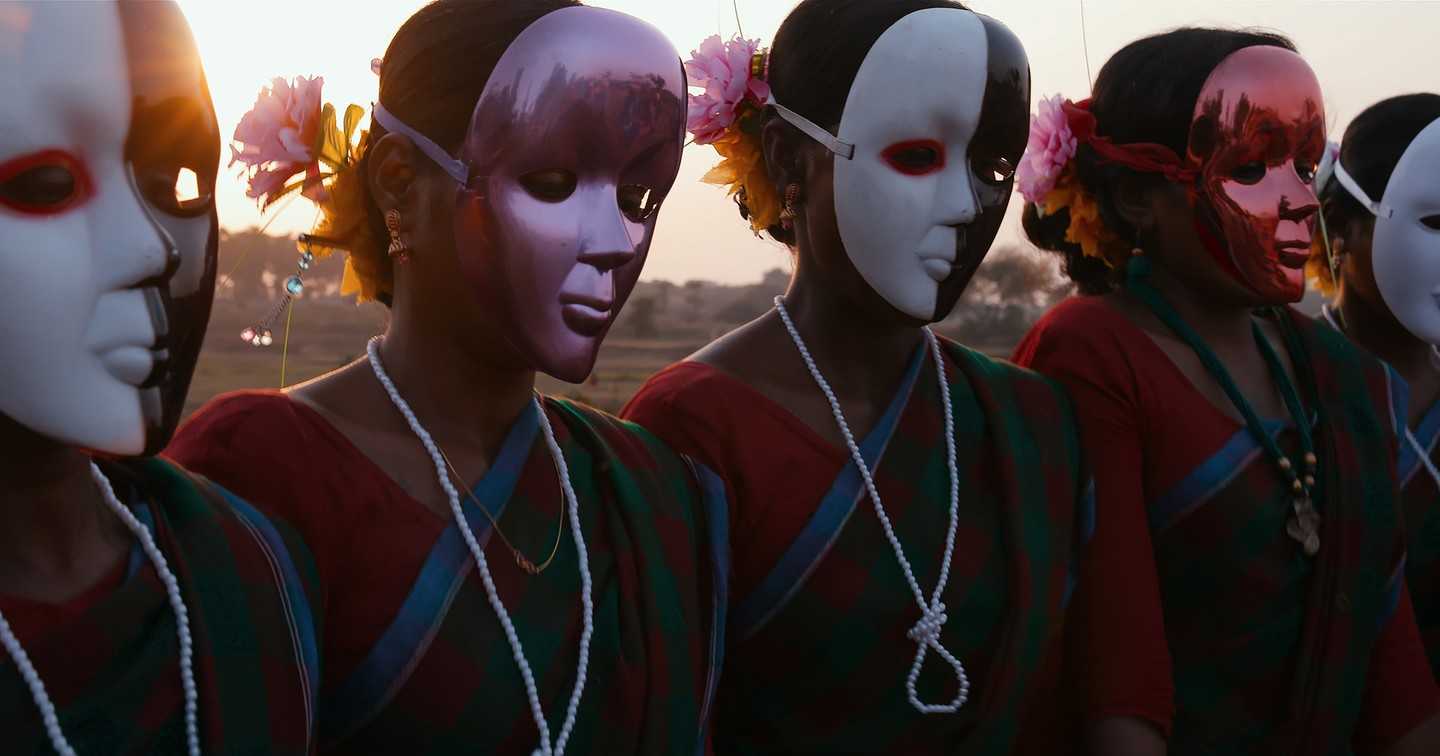 The Van Abbemuseum presents The Otolith Group: Xenogenesis, a large-scale exhibition that forms a "cross-section" across the artists practice from 2011 to 2018. The Otolith Group was founded in 2002 and consists of Anjalika Sagar and Kodwo Eshun who live and work in London. Their ongoing research-based collaboration draws from a wide range of resources and materials that supports intergenerational dialogue with other artists and thinkers.

Core to the work is an ongoing engagement with the formal methodologies of the essay film understood as a site of experimentation with spaces and times through sonic and visual assemblies. The Otolith Group’s work weaves together performance, science fictions, postcolonial histories, experimental musics, philosophies and sciences with varying 20th and 21st century historically situated political afterlives and futurities.

Through the meticulous meshing of multiple temporalities, The Otolith Group’s work employs essayistic compositions as constellations of colliding forces and energies across time and space. This assembly of variable registers not only locate themselves within historical times but in virtual and speculative times that invites an encounter with new structures of feelings and methodologies of temporal travel.

This exhibition takes as its point of departure Octavia Butler’s term Xenogenesis which the Group interpret as a proposal for elaboration of thought experiments that engage with forms of alien or strange becoming.

Xenogenesis is named after The Xenogenesis Trilogy, Butler’s title for her science fiction novels that began with Dawn in 1987, continued with Adulthood Rites in 1988 and concluded with Imago in 1989. Butler’s preoccupation with questions of human extinction, racial distinction, planetary transformation, and altered kinship are considered as a kind of generative engine and site of reference for the exhibition itself.

Along with Octavia Butler, other key figures that form a compositional matrix for the travelling exhibition include the composer and musician Julius Eastman (1940–1990) and the polymath and educator Rabindranath Tagore (1861–1941).

As a cross-section rather than a survey, Xenogenesis cuts across the artists practice, selecting specific works from 2011 to 2018 that are individually and interlinked installed throughout the Old building of the Van Abbemuseum. From the collaboration with the exhibition architect Diogo Passarhino, a number of The Group’s visual and sonic assembles have been reimagined as design fictions informed by a close reading of Octavia Butler’s writing.

A monograph on the work of The Otolith Group will be published in 2020 with new texts by Fred Moten, Anselm Franke, Avery Gordon, Rizvana Bradley, Grant Watson and others.

During Xenogenesis, The Otolith Group, and their longstanding curatorial platform The Otolith Collective, will initiate the Department of Xenogenesis as a pedagogical experiment in Black Study that will develop throughout the touring exhibition from 2019 to 2021.

The exhibition is supported by Ammodo and Fonds 21.