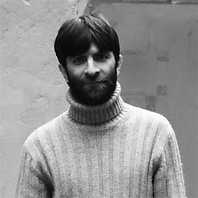 Vardan Azatyan is an art historian and translator. He is interested in various aspects of contemporary art and the methodologies of art history. He is a Senior Lecturer in art history at the Yerevan State Academy of Fine Arts. From 2002-2006 he has been the head and a chief curator of visual arts department and the head of art history and theory department of Armenian Center for Contemporary Experimental Art.

He is a vice-president and a founding member of AICA – Armenia, as well as a founding editor of the online Armenian art history magazine Revisor. He is a translator of philosophical texts; his translations include major works by George Berkeley and David Hume.