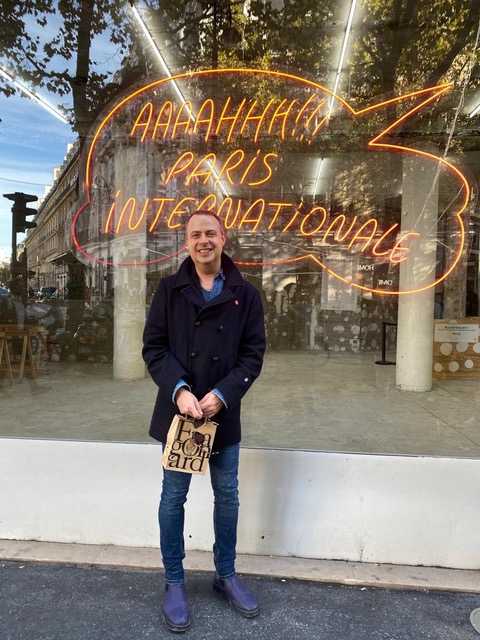 Sands Murray-Wassink (he/his, born 1974, Topeka, Kansas) is a bipolar painter, body artist, writer and perfume collector who has lived and worked in Amsterdam since 1994.

He is indebted to various forms and permutations of intersectional feminist and queer art, with Carolee Schneemann, Adrian Piper and Hannah Wilke serving as guiding lights in particular. Sands sees himself as gender fluid and on a continuum where he is drawn to the male end of the spectrum sexually and the female end of the spectrum intellectually.

Mark making is key and a release of energy. The genital is the soul. Thoughts, feelings, emotions, relationships, behavior and sharing information as if it were a brushstroke on a surface are all art materials and everything visual is an energy trace.

Sands does not feel comfortable with the term visual artist. An upcoming exhibit event will be a solo presentation at Le Confort Moderne in Poitiers, France starting next February. Sands’ work is represented by diez gallery in Amsterdam.